Gordon Brewer is a Scottish news and current affairs broadcaster working for BBC Scotland and has presented the flagship Newsnight Scotland programme since 1999. Among his many memorable interviews are when Scottish Education Secretary Mike Russell ran rings around him in October 2010[1] and when he wiped the floor with Johann Lamont the then leader of the Scottish Labour Party on 18 March 2014.[2]

Gordon Brewer was educated St Modan's Roman Catholic High School in Stirling, followed by the University of Edinburgh, where he joined the International Communist League and studied Philosophy and English Literature. His biography notes that "he wasted taxpayers money for three years studying for a PhD in Philosophy which he has never finished. During his career he has picked up an award for journalism and three nominations for Royal Television Society awards, although with his usual sodding luck he didn't win any of them."[3]

Gordon Brewer began his career in journalism at The Shetland Times in 1980 and in 1983 he moved to the Sunday Standard (forerunner of the Sunday Herald) as business correspondent. After the Standard stopped publishing he held a number of jobs in the Scottish press, including The Scotsman in London.

Brewer joined the BBC in 1988 as Business Correspondent for network TV news and was appointed the BBC's Tokyo correspondent the following year. During four years in the Far East he mixed news coverage with making films for Newsnight and The Money Programme and Assignment. He returned from Japan in 1993 to join Newsnight in London, where he was a reporter and later a presenter. He presented Newsnight Scotland from 1999 until May this year.[4]

In October 2007, in an exclusive interview with Gordon Brewer on BBC’s Newsnight Scotland, Hans Koechler UN Observer at the Lockerbie trial that was held in 2000 at the Scottish Court in the Netherlands commented on information that had just come to light about the withholding of evidence at the trial:

"The withholding of evidence by the investigators and the prosecution from the defence at the Lockerbie court is a serious breach of the fundamental norms of a fair trial. If such action occurs on the basis of a written commitment given to a foreign intelligence service, as has now been revealed concerning crucial evidence related to the timer that allegedly triggered the explosion of Pan Am 103 over Lockerbie, the judicial nature of the entire proceedings is to be put into question.

"If a foreign intelligence service is allowed to determine what evidence may be disclosed in court and what not, judicial proceedings before a court of law are perverted into a kind of intelligence operation the purpose of which is not the search for the truth, but the obfuscation of reality."

“In view of all these revelations and serious allegations, Koechler renewed his call for an independent international investigation of the handling of the Lockerbie case by the Scottish and British authorities.

“It remains to be seen whether the Scottish judicial and political system will live up to the challenge and whether the authorities will allow a full and objective inquiry.”[5] 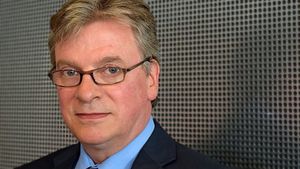