Document:Why the secret handshake between police and Freemasons should worry us 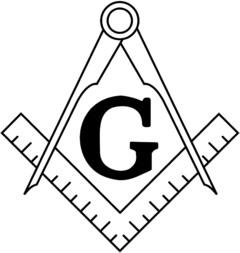 The Masonic Square and Compasses

When the late Sir Kenneth Newman became Commissioner of the Metropolitan Police in 1982, he outlined his thoughts on how his officers should behave in what became known as “the little blue book”. Always a tactful man, his passage on freemasonry noted delicately that “the discerning officer will probably consider it wise to forgo the prospect of pleasure and social advantage in freemasonry so as to enjoy the unreserved regard of all those around him”.

More than 30 years later, it will come as a surprise to many that membership of the Freemasons is still causing disquiet within the police. Steve White, the retiring chair of the Police Federation, which represents rank and file officers, told the Guardian this week that he and his colleagues suspected that Freemasons within the service were hampering reforms and acting in an obstructive way. “I find it odd,” he added, “that there are pockets of the organisation where a significant number of representatives are Freemasons.”

The Freemasons themselves have denied that there is anything untoward and say that they see no conflict of interest between membership of a masonic lodge and a job in the police. “We are parallel organisations … and have high moral principles and values,” Mike Baker, spokesman for the United Grand Lodge, told the Guardian.

That may well be, but being both a Freemason and a police officer remains just as delicate and conflicted an issue as it did in the 1980s. After Newman’s pronouncement, Freemasons within the Met, some of them in quite senior positions, responded defiantly by setting up their own new lodge called the Manor of St James, and there was little that Newman could do about it. Since then, commissioner after commissioner has made the same point.

The late Lord Imbert also took on the Freemasons when he had the top job at Scotland Yard. So did Lord Condon, and most recently, in 2014, the then commissioner, Bernard Hogan-Howe, said that it would be difficult under human rights legislation to make a register of membership compulsory, but he made it clear that “for me as a police officer, the secrecy of membership is a concern. I think police officers should be transparent: nothing to hide, then why not mention it? My view would be that you ought to be open about your associations.”

Quite. And there are very good reasons for this distance to be observed, stretching back to the dark days of endemic corruption in the Met and elsewhere from the 1960s to the 1980s, when it emerged that some detectives were even in the very same lodge as career criminals.

Brian – now Lord – Paddick, in his autobiography, "Line of Fire", disclosed that both he and and his father had been Freemasons. Paddick himself joined almost as soon as he could, at the age of 21, when he was already an officer working under an unpopular superintendent in west London. “I asked the superintendent if he was ‘on the square’ and his attitude changed completely; suddenly he became my best friend and showed me his Masonic regalia, the decorated apron worn in Masonic meetings … I found his complete volte-face quite disappointing but it was not the last time someone’s attitude to me was to change instantly when he discovered my Masonic links.” Paddick duly decided to give up attending Masonic meetings.

As recently as 1999, a former detective and a Freemason, Duncan Hanrahan, was jailed for more than eight years for conspiracy to rob, supply drugs and pervert the course of justice. It emerged in his Old Bailey trial that he had used a fellow Freemason, who was a serving officer, to help him make contact with another officer, whom he tried unsuccessfully to bribe. And this came just three years after the Home Affairs Select Committee had announced:

“We believe that nothing so much undermines public confidence in public institutions as the knowledge that some public servants are members of a secret society, one of whose aims is mutual self-advancement.”

Things may have changed a great deal in the intervening two decades since those remarks; there are thankfully many more women in the service now. Many younger recruits, particularly those from ethnic minority backgrounds, regard Freemasonry and all its aprons and handshakes and rituals, as little more than a weird old boys’ club. But Steve White has made the point that its influence within the service still exists. All those commissioners were right. If the public thinks that a secret handshake can still swing a prosecution and officers themselves feel that the same handshake can affect a promotion, then it is as clear as ever that membership of both bodies is incompatible. And it is time that all those officers who are Freemasons decided to “forgo the prospect of pleasure and social advantage” until they have left the service.