As of 20 February 2014, 155 souls remain incarcerated in the US military 'no-mans-land-abomination' prison at Guantanamo Bay Cuba. The location of the facility was chosen as a convoluted way to deny its inmates legal access to the normal 'due-process' rights and provisions of domestic US law. Most have been prisoners for over 10 years; none have been charged with any offence. On any civilised interpretation of the evidence and known facts of their incarceration, ALL have been subjected to gross physical and mental abuse amounting to prolonged torture.

Some of of the 155 have were "cleared for release" nearly 4 years ago by the "Task-Force" mandated to review all inmate cases; but they remain incarcerated and, if deemed non-cooperative, remain subject to brutality as serious and deliberately humiliating as it ever was.

And, with the honourable exception of a vanishingly small percentage of its people, all this seems A-OK in the so-called civilised western world.

The following are verbatim letters from two such cleared-for-release-4-years-ago inmates.

★ Start a Discussion about this document
Two letters from Guantanamo 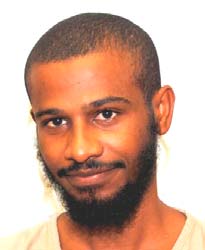 Here we are in Guantánamo as we come to the 12th anniversary of this terrible place. The treatment here is often described by the public relations officer as next door to perfect. Indeed, now I am into my seventh year of being force fed, it’s quite a Club Med holiday camp!

We heard some good news about President Obama wanting to send people home, but we do not want to hang our hopes on it. Hope is like a mirage; you can see it, but can’t touch it.

It does not really need to be said, but it is a grave violation of professional ethics for doctors to participate in torture or cruel treatment. Surely health care professionals should not condone any deliberate infliction of pain and suffering on detainees? This would seem to be a fairly basic proposition.

Yet who is better than a doctor to cause excruciating pain without damaging the body? There is a wide divergence here between the morality of a doctor’s role and the reality of his actions. It is very, very sad. When a surgeon no longer uses his scalpel to cure a disease, he becomes no better than a butcher.

In 2005, when the doctors were still human beings, the hunger strikers didn’t worry about their health because there was level of trust with the medical team. One of the doctors refused to go along with force feeding, because he believed that his medical ethics were more important than the order of a military colonel. But then things changed. The military only recruited doctors who agreed, before they arrived here, that a military order was more important than morality. The new wave of doctors allowed the military officers to instruct them on how to conduct the medical procedure of force feeding.

As a child, I was taught to disdain German doctors for what they did in World War II, experimenting on prisoners. Yet here the doctors now experiment to try to find the best way to force us to bend to the military’s will: is it more effective for them to make the force feeding process more painful, by forcing the liquid down my nose faster and by pulling the 110 centimeter tube out of my nostril after every feed? Or, is it more effective to refuse my request for a blanket to keep me warm, now that my weight has fallen so low? They experiment all the time, and this is virgin territory for experimental science, since no other doctor would be allowed to force feed a prisoner at all.

But in recent days, sad to say, I have seen the truly ugly faces of those doctors, nurses, and other medical staffers. I have been subjected to a novel regime for 36 days. This new system is not an occasionally “uncomfortable procedure,” as the public relations has described it. No, it has been a HORRIFIC, BARBAROUS TORTURE. I am not even sure I can find the words to tell you truly what it is like …

It is difficult to take it anymore. First they force the 110 centimeter tube in me. They cannot do it in the right nostril any more, as that is now firmly closed up. So they have to force it up the left nostril. It is very painful these days, but that is no bar to medical practice. They used to leave the tube in so that we did not have to undergo this pain, but then a general said they wanted to make our peaceful protest less “convenient,” so they came up with the less “convenient” system of pulling the tube out each time.

That has been a technique since 2006, so it is nothing new. But the latest experiment is different. Now they begin with 1500cc of formula called TwoCal — four cans in the morning and four in the night, served up each time with 700cc of water. Once I finish each ‘meal,’ they fill the feed bag with 50cc of an anti-constipation medication and 450cc of water. As this scientific study shows — at least in the experience of this guinea pig, your correspondent — this method accelerates the stomach function and makes the hunger striker defecate on himself in the chair.

When this stage is complete, they add another 700cc of water — why? Have I not suffered enough? When I dared to ask this question, the medical professional answered sarcastically, “to wash the feeding bag.” This process is completed in 30-45 minutes, which is much faster than before, but then why allow the detainee to be fed slowly when you could cause much more pain by speeding up the process? Yet it is not over quickly, as they leave you in the torture chair for two hours, suffering. Then they pull the tube out of your nose again, ready to force it back in for the next session.

If I vomit on myself at any time during the procedure, they start the atrocity all over again, though they don’t necessarily let me wash off before it begins.

And that’s exactly what has been happening to me every day, twice daily. Except for last night — which will long burn alive in my memory. But I will write about it in the next message, God willing.

As you enjoy your holiday season, please spare a thought for those of us who continue to hold the embers, trying to keep the flame alive in Guantánamo Bay — even as the doctors try to break our peaceful hunger strike protest. And remember, if you will, that all we ask for is what President Obama keeps promising: freedom or a fair trial. 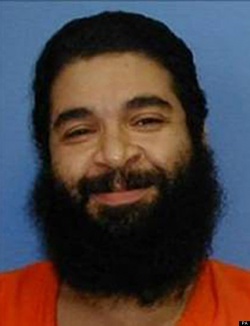 It’s 14 February. In Britain it will be Valentine’s Day. In 2002, it was the day I arrived in Guantánamo Bay, and the day my youngest child was born — Faris, whom I have never been allowed to touch.

Yesterday, my fellow detainee Emad Hassan did not take his legal call, for the same reason every time he misses a phone call or a meeting. They intimidate him by telling him before he goes, “we’ll do a full body search” — the “scrotum groping search” as they call it. So Emad goes with them to the Camp 5 exit where they plan to do the search, and when he sees them ready to carry out a full body search, he tells them that he refuses the humiliation, and demands to go back to his cell.

Indeed, the authorities don’t want someone like Emad to let the world know what has happened to him. Recently, he encountered the worst doctor here in Guantánamo — the “Doctor of the Dark Side”. I told him to write as much as he can about it and send it out, but it takes time for him to write in English, and it takes time for the letters to get through the censors.

I am on my hunger strike. Last night, I took one cup of coffee and added two creamers. As a consequence, all this morning I had bad diarrhoea and went to the toilet more than six times in half an hour. That is why I am writing now. I can’t go to sleep, plus it is nice to write something about this place on the first day of my New Year.

There are 35 hunger strikers now. Eighteen of them are being tube-fed. These brothers go and return from feedings by the FCE [Forcible Cell Extraction] team. They even are weighed by the FCE team, but it’s impossible to take someone’s weight whilst he is shaking so hard on the digital scale and tied to a board. But this means there are 11 or 12 soldiers required every time they have to be moved, as many as five or six times a day.

It is exactly 8:00AM and the National Anthem is playing so loudly. There are big rumours going around, and we hope they are true. It is said that the Government dropped the charges against 12 Yemenis and that only two Yemenis will be prosecuted ([Walid] Bin Attash and [Abd al-Rahim al-] Nashiri). The eligible ones will go to Yemen in three groups: only those who have conditions will be kept in the planned rehabilitation centre; those who have no conditions will be free; and the third group will be those who are to be prosecuted in Yemen, serving their jail sentence in Yemen.

What else … How do I feel with another year of my life gone unjustly and another year started? Truly, I feel numb. I can’t even think about it. Years are passing like months and months like weeks. Weeks pass like days and days like hours. Hours feel like minutes, minutes seconds, and seconds pass like years. And it goes around in a strange circle that makes no sense. It all takes an age, and yet an age of my life seems to pass too fast. On and on and on.

I live in the dark, knowing nothing. Here I am, cleared for release for seven years, more than half my time here. What, why, when, how, where? These questions have no answers, only total darkness.

I feel lonely and lost. Not knowing my future is the worst torture. I am living just to die. I am confused about everything and everyone. It is not enough for them to leave us alone with all this pain we are suffering. It is not enough for us to live only with our memories, which bring more pain. Dead people are better off than us. They are living a new way of life, knowing that they are dead and facing the consequences of their past actions.

Yet still they do more harm to us: humiliating and insulting us, degrading us, anything to make us more miserable. Welcome to the Hell on Earth, welcome to Guantánamo. Welcome to the year 1984, the year 2014.

If I don’t get to see that sun, please remember that I have endured all this in the name of justice.