Document:The Doomsday Insurance Cache That Was, and Then Never Was 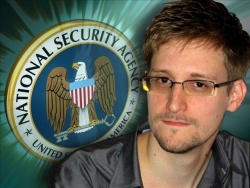 ★ Start a Discussion about this document
The Doomsday Insurance Cache That Was, and Then Never Was

The sensationalized and widely-publicized NSA-Snowden scandal has been filled with numerous contradictions, inconsistencies and sensationalized lies. They are so numerous that it would take a long series to specifically document and illustrate. For example, there are several dozen different claims made during various stages of the scripted scandal pertaining to the number of documents obtained by Snowden, and later by others, including Glenn Greenwald: several thousand, 8000, no, 5,000, no, 50,000, no, 58,000, no, 1.5 million, no, over 2 million. This is just to give you an idea of one such inconsistency and contradiction. This is why in the coming weeks I am going to document, analyze and illustrate one major contradiction and lie at a time.

For this first part in the coming series I want to focus on what came to be known and sensationalized as Edward Snowden’s Doomsday Cache & Life Insurance. As in many other features of this sham called the NSA-Snowden Scandal, the facts and origins of this Doomsday Cache have been changed, twisted, denied, contradicted, and yet highly publicized and utilized by the US government, US Mainstream Media, and the involved main actors who pose as journalists.

Let us begin by well-sourced documentation of the scripted and sensationalized play on Snowden’s Doomsday Cache.

On June 25, 2013, a couple of weeks after the story on Snowden broke, in an interview with Eli Lake, Greenwald was the first person to put forward the notion of stored encrypted files for life insurance. [All Emphasis Mine]:

Glenn Greenwald, the Guardian journalist who Snowden first contacted in February, told The Daily Beast on Tuesday that Snowden “has taken extreme precautions to make sure many different people around the world have these archives to insure the stories will inevitably be published.” Greenwald added that the people in possession of these files “cannot access them yet because they are highly encrypted and they do not have the passwords.” But, Greenwald said, “if anything happens at all to Edward Snowden, he told me he has arranged for them to get access to the full archives.” [1]

The concept and claim of Snowden’s insurance and doomsday cache started with one man alone, Glenn Greenwald, within a week or two after the story broke. This, he, was where it all began. At this point Snowden had access and the password, but the supposed trusted individuals around the world supposedly did not have the password and access to the supposed encrypted insurance files.

Now let’s fast forward five months. In December 2013, during an interview with Rolling Stone Magazine Glenn Greenwald described the insurance measures taken by Edward Snowden to ensure the release of the documents in case something was to happen to him [All Emphasis Mine]:

“He has built these encryption cells, and made sure that he doesn’t have the passwords to them – other people have the passwords,” says Greenwald, who has also said the “insurance” archive will only be accessed if something happens to Snowden. Greenwald doesn’t say who those “other people” are. U.S. officials have ominously referred to this archive, likely stored on a data cloud, as a “doomsday” cache. [2]

As you can see the main premise of the publicity junk originally created by Greenwald remains the same, however, a few important details get completely turned around. In this new version of the Greenwald claim Snowden is the one who doesn’t have the password and access to his insurance doomsday cache, but his trusted sources around the world have the password and access.

I encourage doubters to find anything that contradicts the point of origin of this scripted publicity stunt. You will find all your channels and roads leading you to Rome-Greenwald.

Now, let’s examine another party that fortified, gave much credence, and heavily circulated and publicized this Doomsday Cache junk: The United States Government. That’s right. The United States Government immediately joined Glenn Greenwald in confirming and sensationalizing these claims, albeit anonymously. Please pay attention to how these US spies and officials are using exactly the same lines originated and publicized by Glenn Greenwald and the US mainstream media [All Emphasis Mine]:

The cache contains documents generated by the NSA and other agencies and includes names of U.S. and allied intelligence personnel, seven current and former U.S. officials and other sources briefed on the matter said.

The data is protected with sophisticated encryption, and multiple passwords are needed to open it, said two of the sources, who like the others spoke on condition of anonymity to discuss intelligence matters.

The passwords are in the possession of at least three different people and are valid for only a brief time window each day, they said. The identities of persons who might have the passwords are unknown…

One source described the cache of still unpublished material as Snowden’s “insurance policy” against arrest or physical harm. “The worst is yet to come,” said one former U.S. official who follows the investigation closely. [3]

As you can see, these high-level US government officials and sources (all of whom remain anonymous) are echoing Greenwald’s narration to the ‘t.’ And of course, during this part of the scripted NSA scandal stage play, the Snowden doomsday cache, the US mainstream media provided around the clock coverage to both Greenwald and the US officials .

When you search for Greenwald and US government claims on Snowden’s Doomsday Cache you get thousands of search results with links to all major US media outlets, such as CNN, NBC, MSNBC, FOX, NY Times, Washington Post … And all of them with bold and sensationalized titles:

Now it is time to see what Edward Snowden has said on the record on this matter, and when. Shall we?

In December 2013, in an 14-hour exclusive interview with the Washington Post, Snowden denied the claims made and heavily publicized by Glenn Greenwald, US Government & US Mainstream Media Outlets:

Asked about such a mechanism in the Moscow interview, Snowden made a face and declined to reply. Later, he sent an encrypted message. “That sounds more like a suicide switch,” he wrote. “It wouldn’t make sense.” [4]

A day later the highly involved media outlet Guardian had the following on Snowden’s doomsday cache [All Emphasis Mine]:

There has been speculation that Snowden has rigged up a type of “dead man’s switch” so if the NSA, or a similar spy agency, hurt or kill him, then a cache of thousands of documents would be released on to the internet. Snowden denied this and likened the scenario to a “suicide switch”, alluding to people who might want the information on the internet, unchecked and unredacted, and would kill him for the sake of it. [5]

No one could deny the perfect logic of Snowden likening the notion of a doomsday cache to a suicide switch. Are you kidding me? For every US government agent who would be commissioned to take him out, you would find hundreds of foreign government agents and tens of thousands of nut-cases who would want to have the supposed cache released. Don’t you think?

Then, imagine what some powerful foreign agents would do to make Snowden spill the password or the identities of those who supposedly have access. At any given time, there would be many foreign agents and non-state entities who would water-board, electrocute, and employ other excruciating torture methods to extract what is needed to access this supposedly incredible cache. How long do you think our anorexic-looking hero would withstand torture and pain before giving away all? Two minutes? Doesn’t that make you wonder how he remains so safe and untouched if he really is who he is portrayed by the US government and the corporate media to be?

Of course, neither Greenwald or the US government or the US mainstream media wanted to have anything to do with the denial and contradiction issued by Snowden. So, they never dwelled upon that part of the Washington Post interview. No one said a thing about the contradiction. As far as the public is concerned the script concocted by the establishment, delivered by US government officials and sources, and of course, Glenn Greenwald, and played sensationally by the mainstream media, remains valid and intact. And, when shown the documented evidence many remain unconvinced. They still want to believe in a purposeful junk story concocted by the very willful establishment. And with that I have to ask my God one more time: Why do you make so many suckers? [6]