Document:Syria: Who are the Real War Criminals? 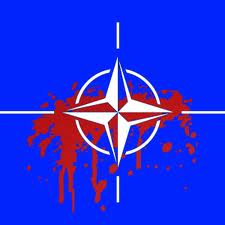 The Western media, Amnesty International and various other self proclaimed humanitarian organizations are running a war propaganda campaign against Syria following the release of thousands of photographs. (see: File:Carter-Ruck Syria Report.pdf

This slur of disinformation focusing on alleged atrocities committed by the Syrian government has coincided in a timely fashion with the Geneva 2 Peace Talks.

Syria: Who are the Real War Criminals?

According to reports, an alleged “Syrian military police photographer” supplied “clear evidence showing the systematic torture and killing of about 11,000 detainees in circumstances that evoked Nazi death camps”.(CBC, January 21, 2014)

“One of the prosecutors said the evidence documented “industrial scale killing” that was reminiscent of the Second World War concentration camps of Belsen and Auschwitz.”Bearing signs of torture, some of the corpses had no eyes. Others showed signs of strangulation or electrocution. (Ibid)

According to Amnesty International the images are “conclusive”: ((QB| Beaten, burned, bruised, strangled bodies lying on a dirty floor. Some show signs of starvation, others are missing their eyes. A number of them appear to have been electrocuted. The horror is nearly impossible to describe. (Ibid) }} While the mainstream media points to “clear evidence”, it nonetheless acknowledges that the identity of the alleged police informer codenamed Caesar is unknown and that the authenticity of the photos cannot be determined.

Read carefully, the mainstream media is refuting its own lies:

Reuters has reviewed the report but it was not possible to determine the authenticity of Caesar’s photographs or to contact Caesar. (emphasis added)

“This is not to say that the people on the other side have been free of serious crime. I think there is evidence that has led very responsible people to say there have been crimes committed on both sides,”

“while we cannot authenticate the images, the allegations are consistent with Amnesty International’s own research into the widespread use of torture and enforced disappearances by the Syrian authorities”. (emphasis added)

Who are the Real War Criminals?

The underlying intent of this latest propaganda dribble is to present the Syrian government as a criminal entity while at the same time whitewashing the real war criminals, those who have committed extensive war crimes against the Syrian people.

Western governments and their allies –including the US, Britain, France, Turkey, Saudi Arabia and Qatar– have blood on their hands. They are directly responsible for triggering a humanitarian disaster. This is a war of aggression using terrorism as a diabolical instrument of conquest.

We are dealing with staged intelligence ops: The atrocities committed by the various Al Qaeda terrorist entities integrated by foreign mercenary forces were ordered by their Western handlers who share full responsibility for these horrendous crimes.

In a twisted logic, the crimes directly ordered by Western military alliance are casually blamed on the government of Bashar Al Assad. The victims of war are blamed for the crimes committed by the aggressor nations.

The Al Qaeda rebels are paid killers, they follow orders, they are trained by Western, Saudi and Qatari special forces. They are sent in as part of an intelligence operation. Those responsible for these horrendous crimes are the heads of State and heads of government of NATO and GCC member states.

The Western military alliance is pressuring Syria to surrender and accept “regime change”. If these conditions are not met, they threaten to send in more terrorists.

Al Qaeda is a creation of the CIA. Terrorism is used as an instrument to destabilize and destroy countries.

Ironically, the Obama administration is supporting terrorism under the banner of a “Global War on Terrorism”. The latter is instrumented through the use of its Al Qaeda foot soldiers, who are set loose throughout the Middle East and Central Africa.

The terrorist undertakings are carefully planned. And then the Western governments say (quoting Geroge W. Bush:

We should indeed build a counter-terrorism campaign; but the important question is: against whom should it be waged?

The counter terrorism campaign should be waged against those who send in the death squads, namely against the CIA-Pentagon-White House handlers of these terrorist Al Qaeda affiliated entities.

You do not Negotiate with Terrorists

In a bitter irony, the Western alliance’s war criminals were sitting around the table at the Syria Peace Conference in Montreux.

The countries which are the object of these US-NATO sponsored terrorist attacks, including Syria, should under no circumstances negotiate with the governments which are behind these terrorist undertakings.

In obfuscating the truth, the NGO civil society organizations including Amnesty International are complicit in war crimes.

Amnesty International is fabricating a hideous narrative which consists in blaming the victims of war for the horrendous crimes committed by the Western military alliance which has unleashed its Al Qaeda affiliated death squads inside Syria and Iraq.

UN Secretary General Ban Ki-Moon, acting explicitly on behalf of the US and NATO in defiance of his UN mandate, is also complicit in this criminal undertaking.

The Western media has from the outset been involved in a coverup, distorting the facts, misleading public opinion. Now it is the turn of the humanitarian organizations, the various human rights “watch” entities which regularly interface with US intelligence. Segments of the self proclaimed progressive media have also joined the bandwagon.