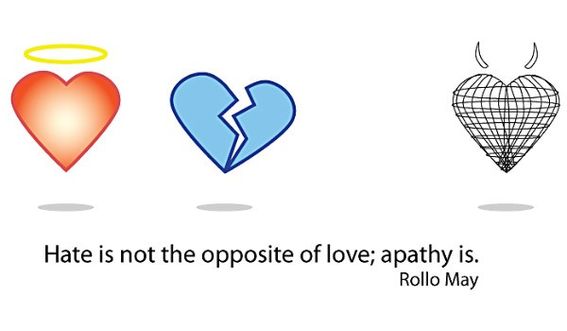 “Hate” is a weaponized buzzword that is garnering considerable traction, especially when employed as twilight language used in the same sentence that equates hate and crime as one and the same. So let’s define the word “hate” and carefully consider whether such an emotion should in itself be considered some type of crime.

Hate as a concept has been looked at by wise men throughout the ages. And they often got the context and even merit of it. Perhaps some insights can be gleaned.

“We do urge hate: If you love something, that love requires you to hate anything that threatens its survival.” – Matthew Hale

“Achilles glared at him and answered, ‘Fool, prate not to me about covenants. There can be no covenants between men and lions, wolves and lambs can never be of one mind, but hate each other out and out an through. Therefore, there can be no understanding between you and me, nor may there be any covenants between us, till one or other shall fall.” ― Homer, The Iliad

“Feeding milk and bananas to a serpent only makes its venom more potent.” — Chanakya Pandita, Raja niti sastra, expeller of Alexander the Great

Crime on the other-hand is defined as “a transgression of law.” One would assume that very few would call speech that expresses loathing, bad feelings or intense dislike a punishable crime. But then one would be wrong. A poison has infected American and western culture to the extent that opinions are now split on whether to criminalize hateful speech. Notice that I emphasized speech or comments, not violence. Europe is even more extreme.

Conceivably, if a person commits a crime against another person, there’s a good chance the act was accompanied by one or more of those synonyms for “hate.” On its face, a crime is a crime, and any adjective for ill-feelings that is used is there on its face. Ill feeling or hate can and does exist completely separate from the commission of actual crime.

Speech is defined as “the expression of or the ability to express thoughts and feelings by articulate sounds.” So if one were to simply utter something that hurt the feelings of someone, particularly of another ethnicity, culture, race, sex, orientation, character, or point of view, those mere words constitute harm in the world of (((cultural Marxist, Social Justice Warrior))) twilight language. However, the dictionary and the law, at least up to now, has defined harm as “physical injury, especially that which is deliberately inflicted.”

But here is a prime example of just how far this hate speech scam has gone. A transgender, one Ebony Belcher, age 32, was using the women’s bathroom at a supermarket when a female security guard swung open the door and ordered her to get out.

“She opened the door and came in and started calling me derogatory names,” Ms. Belcher claimed. Ms. Belcher said the guard told her, “You guys cannot keep coming in here and using our women’s restroom. They did not pass the law yet.” She said the guard grabbed her by the arm and removed her out of the store.

Belcher then proceeded to file a complaint with D.C. police. Instead of shrugging off the incident as a matter of private property, police arrested the guard pursuant of “hate crime” charges.

Here we have a slippery slope of what is being defined as a crime, and what is a transgression of a crime- being called a derogatory name resulting in hurt feelings or perceived slights, real or imagined. In sum what we see with this hate speech gaming is a blatant disparity between the normal connotation of the word and its reference.