Document:Phone Wrecks: The Secret Agenda of Ashton and Nuland 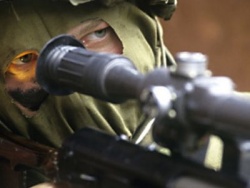 
Author's Note It has become a ritual that works every time: whenever Washington engages in regime change, mysterious snipers turn out to kill both government forces and opposition protesters. Then they disappear and are in principle never found. That is the case today in Syria, Ukraine and Venezuela. In Syria, the events in Daraa pitted part of the population against the government for a year. In Venezuela, forensic experts have shown that the shooters were the same on both sides and the protest movement is losing momentum. As for Ukraine, the leaked telephone conversations and the ensuing reactions leave little doubt that it is a repetition of the same recipe

★ Start a Discussion about this document
Phone Wrecks: The Secret Agenda of Ashton and Nuland revealed

Two war-mongering women who represent the West’s foreign policy apparatus, U.S. Assistant Secretary of State for European and Eurasian Affairs Victoria Nuland and EU official and onetime British Campaign for Nuclear Disarmament activist Catherine Ashton, have seen their secret agenda for Ukraine revealed as a result of leaked phone conversations. Ashton, whose phone conversation with Estonian Foreign Minister Urmas Paet was the second revealing phone call to be leaked, holds the lofty titles of High Representative for Foreign Affairs and Security Policy for the European Union and the quite feudalistic and meaningless Baroness Ashton of Upholland.

Ashton’s supporters have an exaggerated view of her accomplishments. As the EU’s de facto foreign minister, Ashton was caught on video in 2012 at the EU’s Brussels headquarters in a fluster because neither she nor her British envoy to the Balkans, Robert Cooper, knew what the president of Serbia, Tomislav Nikolic, looked like moments prior to their official welcoming ceremony for him in Brussels. Ashton is married to former British journalist Peter Kellner. Kellner is an executive of the British polling company YouGov, which feeds not only political polling numbers but also polls on favorites to win on such inane British television programs as Pop Idol and X-Factor to a panting infotainment media.

In a February 26 phone call between Paet and Ashton, the Estonian foreign minister told her that Ukrainian protesters and policemen were shot by the same snipers. Paet visited Kiev on February 25 during violent clashes said to be between protesters and government security forces on Maidan Square. It is now apparent that the violence was fueled by snipers and other provocateurs, including neo-Nazi gangs and foreign mercenaries, on the payroll of the Ukrainian political opposition.

Paet told Ashton that a Ukrainian medical doctor who he also said was a leader of the Ukrainian «civil society,» Dr. Olga Bogomolets, convinced the visiting Estonian official that the bullets that struck protesters and policemen all came from the same weapons and that the opposition was covering up for the snipers. Bogomolets is far from a cipher for the exiled Ukrainian President Viktor Yanukovych. She was the personal physician to the «Orange Revolution»-installed President Viktor Yushchenko and she received an award from the CIA- and George Soros-funded Radio Liberty. Moreover, Bogomolets urged her medical students to take part in the Euromaidan protests in Kiev.

Bogomolets convinced Paet that the bullets that struck protesters and policemen, alike, on Maidan Square, were fired from the same guns and that the opposition was behind the attacks. It is also noteworthy that Bogomolets said she turned down an offer by opposition leaders to serve in the position of Deputy Prime Minister of Ukraine for Humanitarian Affairs in the new government.

According to the phone call, said to have been intercepted and transcribed by officers loyal to Yanukovych in the Security Service of Ukraine (SBU), Ashton feigns «shock» over the notion conveyed by Paet that the Ukrainian opposition likely killed over 70 of their own supporters as well as Ukrainian policemen. The sniper attacks amounted to a «false flag» operation by the Ukrainian opposition, along with their Western sponsors, to engender sympathy and support from the public.

Paet: «All the evidence shows that people who were killed by snipers from both sides, policemen and people from the streets, that they were the same snipers killing people from both sides. . . . Some photos that showed it is the same handwriting, the same type of bullets, and it is really disturbing that now the new coalition they don't want to investigate what exactly happened. So there is now stronger and stronger understanding that behind the snipers, it was not Yanukovych, but it was somebody from the new coalition».

Ashton: I think we do want to investigate. I mean, I didn’t pick that up, that’s interesting. Gosh. {{Q|Paet: It already discreditates [sic] this new coalition.

Ashton, in response to Paet, begins to throw cold water on his and Bogomolets’s information on the opposition being behind the shootings of protesters and policemen. Ashton defends the opposition members of the Ukrainian Rada, the parliament, against doctors and She said of the protest leaders:

I mean this is what they’ve got to be careful of, as well, but they need to demand great change but they’ve got to let the Rada function. If the Rada doesn’t function then you’ll have complete chaos. So, if you thought being an activist and a doctor is very, very important but you’re not a politician and somehow they’ve got to come to a kind of accommodation for the next few weeks.

Essentially, Ashton is telling Paet that Bogomolets, in her role as a civil society activist or doctor, had no business questioning the Machiavellian policies of the opposition in the Rada led by the troika of boxer Vitali Klitschko, World Bank veteran Arseniy Yatsenyuk, and neo-Nazi Svoboda leader Oleh Tyahnybok. In other words, Ashton implied that a boxer, a World Bank technocrat, and a neo-Nazi street thug had more say in the future of Ukraine than a woman questioning the opposition’s role in shooting to death their own «cannon fodder» street protesters as well as policemen trying to restore order.

Immediately, the Western corporate media began questioning the authenticity of the Ashton-Paet transcript and tossed around the usual pejorative «conspiracy theory» label. However, the Estonian Foreign Ministry confirmed that the transcript was authentic in the following press release that stated the recording of:

Paet and Ashton conversation took place on 26 February, following Estonia's Foreign Minister's visit to Ukraine, and immediately after the end of the street violence.

Foreign Minister Paet communicates what he had said about the meetings held in Kiev last day and expressed concern about the situation.

‘It is extremely regrettable that such an interception is occurring at all,’ said Paet

It is clear that from the very beginning, the events in Ukraine were planned by professional provocateurs, agitators, and themed revolution specialists within the bureaucracies of the U.S. State Department, Central Intelligence Agency, British MI6, and the European Union.

Ashton’s agenda complements that of Nuland whose January phone call with U.S. ambassador to Ukraine Geoffrey Pyatt revealed that the Obama administration was hand picking the future government of Ukraine even while Ashton, as well as Nuland’s co-ideologue Jeffrey Feltman, the United Nations Undersecretary General for Political Affairs, were feigning interest in a negotiated solution with Yanukovych, the democratically-elected president of Ukraine. Nuland, who expressed support for Yatsenyuk to be the future leader of Ukraine, said Fuck the EU after she told Pyatt that the U.S. would achieve its political aims with the support of America’s «bought-and-paid for» UN team of Feltman; his boss, Secretary General Ban Ki-moon who was known to South Korean journalists as the «slippery eel» when he served as South Korean foreign minister; and the Special UN envoy to Ukraine, Dutch diplomat Robert Serry. Nuland expressed great confidence in the Calcutta-born Serry, a former Dutch ambassador to Ukraine with a very uncommon Dutch name. While serving as United Nations Special Coordinator for the Middle East Peace Process, Serry said Israel «suffered» bias and discrimination at the UN. Such language would certainly ingratiate Nuland and Feltman to Serry, since both American diplomats are well-known dual loyalists who place Israel’s interests on par with those of the United States.

It is clear that neither the Ashton nor Nuland phone calls were meant to be overheard by the «unwashed masses». However, thanks to the intercept capabilities of loyal and proficient Ukrainian security agents, the world now understands the perfidy of two chattering women who are helping lead Europe and, possibly, the rest of the world, into a massive conflagration…