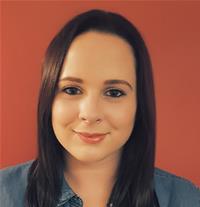 A Labour Co-op Councillor is demanding that the party fully refunds all her membership fees and donations following the revelation that senior HQ staff conspired to sabotage Jeremy Corbyn’s leadership.

Stevenage Councillor Sarah-Jane McDonough has written to request a refund of payments from May 2015 to the present day on the grounds that they were taken “fraudulently.”

Her letter was sent after an internal Labour report, titled "The Work of the Labour Party’s Governance and Legal Unit in Relation to Antisemitism, 2014-2019," was leaked last weekend.

Management and staff on the right of the party were found to have used abusive language in WhatsApp chats to disparage Mr Corbyn and his supporters, along with other left-wing MPs and party employees.

The culprits also boasted of doing no work for months and conspiring to sabotage election campaigns and Labour’s attempts to deal with antisemitism complaints.

“I did not enter into an agreement to pay Labour staff at head office to deliberately sabotage all of the efforts made by the membership.

“I did not enter in to an agreement for those Labour staff to intentionally ignore the recommendations in the Chakrabarti Report and ignore any requests by the leadership to deal with the complaints of antisemitism properly.

“Nor did I enter in to an agreement for the party to break election expenses rules by gifting a further £50,000 to (then deputy leader) Tom Watson’s campaign, to keep his seat safe, as requested by (then General Secretary) Iain McNicol.

“The money you fraudulently took from me may not look much in comparison with the £17 million you took in membership fees in 2018, but as a single parent, it is an awful lot to me.”

Ms McDonough warned that she will take the case to a Small Claims Court if the party ignores or refuses her request.

Her demand for a refund came after Unite General Secretary Len McCluskey claimed that the "Senior Management Team"’s attempts to sabotage Labour’s chances in the UK/2017 General Election could have broken electoral law.

He said that he has “the right to expect an honest accounting” for Unite’s financial contributions to the party.

Unite was the largest single donor to the 2017 election campaign, giving around 75 per cent of total union funding, Mr McCluskey added.[2]