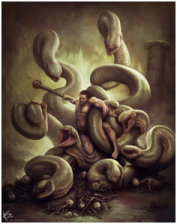 Patterns play a major role in identifying entities. We get to know people, organizations and governments based on their record and their pattern of behavior and actions. This is a fact. What happens when an entity identified by a consistent set of patterns suddenly deviates and engages in actions and behavior that completely differ from all its previous ones? We question the sudden deviation. We question the reasons behind the differentiation. Because we must. Because we have to-especially when the entity in question is our government and the current ruler of our lives.

Allow me to present you with a pattern that has been the consistent modus operandi of the United States government when it comes to real whistleblowers and exposure of the government’s criminal deeds through unauthorized disclosures and leaks.

The following summarizes our government’s record and pattern when it comes to dealing with its whistleblowers and those who challenge the government by making incriminating information public via disclosures and or releasing (leaking) documents:

Based on firsthand experience, my intimate knowledge of hundreds of whistleblower cases through my organization and relationships, and a decade of research, study and observation, I could take up hundreds of pages to list and elaborate upon case after case that demonstrate the pattern as consistent when it comes to our government’s response and dealings with its whistleblowers and adversaries. This is meant to be a brief commentary not a novella, so I refrain. However, I will list a few examples to illustrate the pattern, and also to honor those who have suffered greatly as a result of our government’s consistency when it comes to its dealing with the incriminating exposure and the messengers of the truth.

I could go on and list dozens of more known cases where those who challenged our government with disclosing illegal activities have ended up being fired, stripped of all income, persecuted, prosecuted, and or ended up in prison. This government pattern also extends to journalists- For example, in the case of James Risen. [7]

Another commonality we see in the cases of Manning, Assange, Kiriakou … is the struggle these truth-tellers go through to secure legal representation, a defense fund, family income for basic survival, and so much more hardship inflicted by the government and its establishment tentacles- mental, psychological, financial, emotional. Remember how the public defense fund for Wikileaks was suspended. [8] Remember how much hardship Manning’s defense fund had to go through. [9] Recall how Russell Tice could not secure organizational support and even an attorney to represent him. [10]

I believe based on what has been reported by the media, this brief overview, and more than a few examples, we get a good grasp of the government’s classic pattern of behavior and actions, and which is intimately paired up with its other establishment partners such as the mainstream media and publications.

Now allow me to present a case in which the government completely deviates from its well-established and well-known pattern and record.

A whistleblower, Edward Snowden, risks everything to obtain over 50,000 pages of government documents that expose many criminal deeds committed by the government. He has to leave the country since he knows what happens to those who engage in this type of disclosure. He hands over all these documents to two self-proclaimed journalists-Greenwald and Poitras, and entrusts them with its disclosure, because that was supposedly his intention in the first place: For the public to know what its government (rulers) have been doing in secrecy and behind their backs. He goes to Russia and stays there in order to escape prosecution and imprisonment.

Our government publicly declares Edward Snowden a traitor, criminal and a thief. [11] [12] [13] Our government says it doesn’t matter if these documents implicate us in outrageous criminal (unconstitutional) operations and activities. What he has done is theft: These documents belong to us, that they are highly classified and sensitive, and that the whistleblower has to be prosecuted and jailed under the Espionage Act. [14] So yes, these are the claims our government has been making regarding Snowden’s documents, and his action to obtain and release them.

Are you with me so far? Very good. Because here is what happens next:

Once Edward Snowden gives Glenn Greenwald his entire cache, Greenwald then becomes the person who possesses the documents that the U.S. government considers stolen, highly classified. And when he starts releasing a very few pages of these documents (less than 1%), he becomes the person who not only has in his possession highly classified stolen government documents, but also is the person who is engaged in selectively releasing and publicizing some of these documents. According to the government, when Snowden engaged in these exact same acts, holding and distributing the documents, he was committing an act of treason, theft, and illegal disclosures, all prosecutable under the Espionage Act.

Now, let’s move on, and observe how, suddenly, our government changes its position, completely deviates from its consistent pattern when it comes to whistleblowing and leaking, and acts totally contrary to how it always has acted in response to its adversaries who disclose and publicize incriminating information that exposes its illegal activities and operations.

Holder indicated that the Justice Department is not planning to prosecute former Guardian reporter Glenn Greenwald. [15]

Glenn Greenwald continues his ‘selective’ release of a very few documents. The government takes an entirely new position that says, it is okay, and that it is not going to investigate and prosecute the person who is disseminating ‘some’ of this highly-classified and stolen material.

After stating that the Justice Department has not given up its efforts to repatriate Edward Snowden, Holder said that the department is not, however, planning to take action against Greenwald.
....He said: Unless information that has not come to my attention is presented to me, what I have indicated in my testimony before Congress is that any journalist who’s engaged in true journalistic activities is not going to be prosecuted by this Justice Department... [16]

Now remember, this same Justice Department, Eric Holder, has been going after New York Times journalist, James Risen on a much smaller case, and for far less significant charges. [17]

Glenn Greenwald puts some (Less than 1%) of these documents out for auction and invites book publishers to come and bid. He promises to reserve some of these highly-classified documents for the book deal offered by the highest bidder. The mainstream publishers take his invitation and start bidding on it so that they could publish some reserved and exclusive and juicy classified documents. The highest bidder offers millions of dollars and seals the exclusive deal. [18] The government sees nothing wrong or illegal with this, and gives its consent with its silence and ‘go ahead’ nod.

Glenn Greenwald, the investigative reporter who broke the story on NSA leaker Edward Snowden and the U.S. government’s secret surveillance programs, has inked a deal to write a book on the subject. According to the publisher, it will “contain new revelations exposing the extraordinary cooperation of private industry and the far-reaching consequences of the government’s program, both domestically and abroad.”

His new book was acquired by Bershtel from Dan Conaway at Writers House Llc. International rights have been sold in Brazil, Canada, Denmark, France, Germany, Italy, Japan, Norway and Sweden by Devon Mazzone, a director of Subsidiary Rights at Macmillan.

Glenn Greenwald puts himself as the holder of the 50,000-page cache on another auction bid. PayPal Corporation’s Billionaire Owner, Pierre Omidyar, bids high, $250 million, in return for only one thing: Getting access and ownership of ‘some’ of these stolen and highly-classified documents. [19]

A recent Rolling Stone profile noted that “Omidyar came to Greenwald specifically because of the Snowden leaks.” [20] Given that those leaks deal primarily with how government agencies have accessed data from technology companies in the name of law enforcement, eBay’s eagerness to cooperate with those same agencies without so much as a subpoena is troubling. It is notable, too, that aside from his continuing stockholding in eBay, Omidyar has jointly invested in at least one startup (Innocentive) with the CIA’s venture capital fund, In-Q-Tel. [21]

The government gives its nod and consent to this deal as well: Basically, the government says, this billionaire and his news company are allowed to disseminate the documents we previously declared as stolen, very sensitive and highly-classified.

To make this most convoluted and outrageous story short: while the whistleblower who obtained and released the documents to two journalists had to escape the country, be threatened with death and prosecution and jail, the secondary owner of these same stolen and highly-classified documents was able to secure a $250 million joint venture with a government-connected American corporate mogul [19] in the United States, strike multi-million dollar deals with American mainstream mega publishers[18] and Movie Studios [22], charge mega bucks for exclusive interviews and information, show his face regularly on all American mainstream media outlets and pose for every single mainstream magazine …

Doesn’t this beg the question? Show me a single case of real whistleblowing and leaking involving thousands of pages of classified government documents implicating the U.S. government, where the whistleblower and or leaker and disseminator was not persecuted, prosecuted and or jailed. Point to one case where the leaker is officially rewarded with a $250 million business venture with a mega corporation who happens to be an intimate partner in the government’s surveillance operations, millions of dollars in book and movie deals, consistent mainstream media coverage and mega bucks for exclusive interviews and selective leaks.

You won’t be able to show a single other case where our government has deviated from its previous pattern of behavior and action when it comes to dealing with and punishing real whistleblowing and real leaking. Not one. Not a single one.

Then, what has caused this deviation? Has the United States government changed into a tolerant and open entity that encourages and rewards whistleblowing? Is this a case of duality, where the government is inflicted with multiple personality syndrome, and all of a sudden is showing its hidden personality no one had ever seen before? Or is it a case of government duplicity in a shenanigan created for reasons far more sinister and dark?