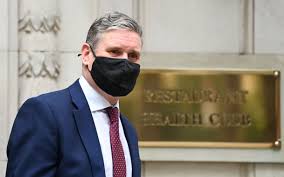 Bristol West Constituency Labour Party (CLP) has passed a searing motion condemning unequivocally the suspension of Jeremy Corbyn. The former Labour leader was suspended late last month for comments on the Equality and Human Rights Commission (EHRC) report[1] that the report said he had a legally-protected right to make.[2]

1. That the Labour Party leadership has suspended Jeremy Corbyn MP from the party and removed the parliamentary whip, ostensibly due to his statement regarding the EHRC’s report on antisemitism in the Labour Party.

2. A number of public figures, including but not limited to the leader of the party, the deputy leader of the party, and the Socialist Campaign Group have issued public statements on the suspension, and that the SCG has called for re-instatement, yet the General Secretary has nevertheless ordered that CLPs cannot do the same.

3. That Jeremy Corbyn MP is a socialist and life-long fighter against racism inside and outside the Labour Party.

4. That his suspension is a politically motivated attack against the left of the Labour Party by the leadership.

5. To condemn Jeremy Corbyn’s suspension and demand his reinstatement to the party.

6. To oppose any and all politically motivated disciplinary actions against the left by the leadership.

7. To send the contents of this motion to the Leader’s Office and the NEC.

8. That the voting numbers for, against or abstain of any motions will be included with any messages sent within the Labour Party.

The Labour right had attempted to pack the meeting to defeat the motion, but even attempts to amend and weaken it were roundly defeated.

Labour’s hierarchy has banned CLPs from debating or voting on Corbyn’s suspension or the EHRC report and some Regional Directors have blocked attempts to do so. It seems Bristol West members hold their democracy and their former party leader in too high a regard to toe the line.