Document:Ben Goldsmith and his "party people": Friends in low places 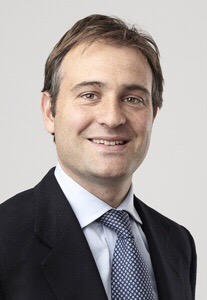 This is Ben Goldsmith, he is the Eton-educated son of the late Sir James Goldsmith and younger brother of Zac and Jemima.

For those who like Mr Goldsmith, appear to be unfamiliar to North Kensington and our community, let THINK point out to them that the Silent Walk for Grenfell occurs in our community on the 14th of every month – this is a time for remembrance and reflection as we mourn the loss of many in our community and hope and campaign for justice.

When did Mr Goldsmith decide to hold his Christmas party then? Yes that’s right on the same day as the very same Silent Walk that was held six months after Grenfell.

Now in some locations there might not appear to be anything wrong with that, but where exactly did Mr Goldsmith and his upper class friends decide to have their shindig? Yes, unbelievably he decided to have his party at the Maxilla Social Club which is opposite Grenfell Tower and at the end of the route of the Silent Walk.

We know the Maxilla Social Club and those who run it very well. It is a nice unpretentious, down to earth local venue where many meetings and parties in our local community are held. We do not recognise it to be a well-known destination for celebrity parties so we were rather perplexed as to why there and then.

But before we questioned if Mr Goldsmith had been drilling a few holes in his head, like Rock Feilding-Mellen’s parents or something, as we were confused as to how anyone could make such a stupid and tasteless decision as to the date and venue for his party.

It gets worse, there was an incident, a supposed fight that broke out at Mr Goldsmith’s party. Goldsmith and his other chums in the right wing press actually attempted to shift the blame for this on to locals!

His pals in some sections of the press depicted this as “extremists storming” the venue. Goldsmith himself also posted this on Twitter:

Ben Goldsmith @BenGoldsmith
Just had a glimpse of Corbyn’s Britain. A birthday party for my sister-in-law in Notting Hill invaded and shut down by a vicious bottle-throwing hard Leftist crowd (from the Grenfell march), because they could.
12:03 AM - Dec 15, 2017[1]

He described the party to the Daily Mail (where else?!) as being “a low-key affair in a working men’s club with people drinking beer, not champagne”. Well we wonder why Z-list “celebs” were posing for press photos in their party dresses outside there then.

THINK later spoke to the proprietors of the Maxilla Club who informed us in fact that there was no “bottle throwing” and the few troublemakers who attended the party were not even local! In fact some at his party disrespected the silence and also interrupted speeches made by survivors and the bereaved.

We also hope that the Maxilla Social Club is not blamed as they are merely a small business trying to make a living under difficult circumstances – unsurprisingly not everyone in this local community is feeling up to having a party there after Grenfell and THINK will continue to support this friendly and welcoming local venue.

We can also point out that Ben Goldsmith, who is described as an “environmentalist” and “financier” but does not actually appear to have a proper job other than chucking his money around to his many various friends and interests in supposedly high places, is quite a fan of parties, in particular the Conservative Party which he is known to support and donate to.

Let THINK tell Goldsmith and his chums that their friends at the Rotten Tory Borough now-sinking once considered a “flagship” of a council are where we firmly put the blame over Grenfell. They set up the TMO management structure, they put the flammable cladding on the Tower and they consistently ignored warnings and concerns from the residents there over fire safety.

Any attempts to smear our community with untrue claims of “hooded gangs” disrupting Ben Goldsmith’s “event” are rightly treated by many here with dismissal. We cannot imagine any of them ever being welcome in the Maxilla Club again or indeed in most of the local venues in North Kensington ever again.

We believe that this whole PR exercise from Mr Goldsmith has from the start been an orchestrated smear campaign that points towards his Tory friends and their plans for social cleansing here targeted against the North Kensington community and the Grenfell survivors and bereaved – beyond tasteless.

Maybe Ben Goldsmith and his chums can by way of some sort of apology, reach into their pockets and spare some small change out of their many millions and donate to Christmas for Grenfell here.

We also ask them to look at the picture below of our community coming together in peace, love and unity, just to remind themselves of whose event really caused disturbance and distress to whose…… 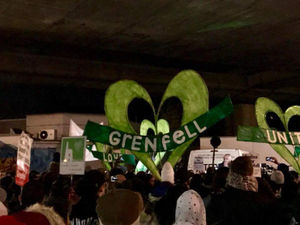