In 2014 Chapman University began a series of surveys the fear of the US public. 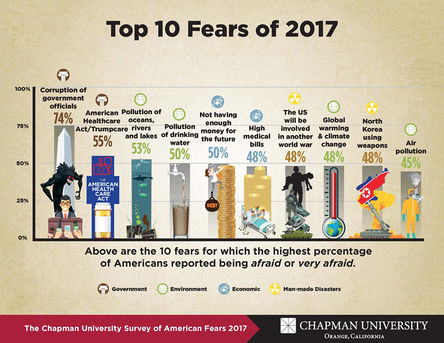 In 2017, a survey of 1207 US adults revealed their greatest fear to be "corrupt government officials". Evidence of an increasing failure of "terrorism" to scare people was provided by the fact that fear of "terrorism" was ranked as #22, down from #2 the previous year.[1] The 2017 survey revealed that "One-third agree or strongly agree with the statement, “In order to curb terrorism in this country, it will be necessary to give up some civil liberties.”"[2] 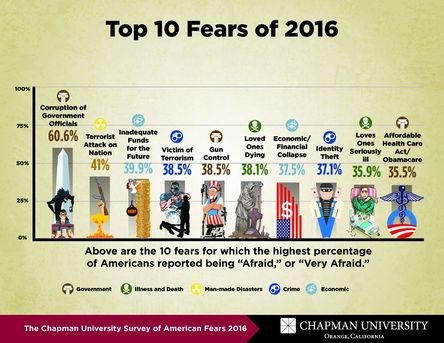 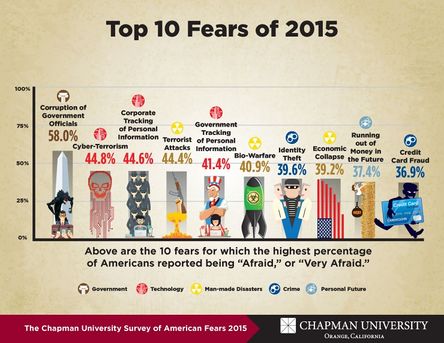