Fritz Artz Springmeier is an American researcher, historian and author, who has written a number of books claiming that satanic forces are behind a move toward world domination via various elite families and organizations. He has described his goal as "exposing the New World Order agenda." His current website is pentracks.com.

In 2003 Springmeier was, as he says, framed and sentenced to 12 years in prison.[1] He claimed that he was convicted on the testimony of a bank robber who said Springmeier visited his house on the same day the man discussed the robbery with two accomplices.[2] [3] Springmeier was released from prison on March 25th, 2011.

His books have a significant influence on the discourse in the conspiracy movement to this day.. 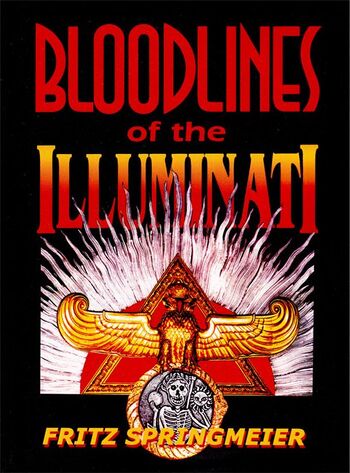 It appears that by November 2020 Amazon has lesser pages for used volumes of these books than in previous years.