Document:Austerity has brought anguish and hardship – that is why I am fighting Richmond Park for Labour 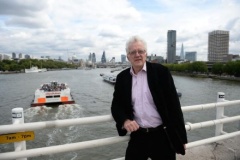 Since I was selected on Saturday afternoon to fight the Richmond Park by-election for Labour, I have had to spend much time fielding tweets, emails and Facebook messages criticising the party for choosing to put up a candidate instead of leaving the Lib Dems to lead the battle against the faux independent Zac Goldsmith.

I want to lay to rest this idea once and for all and then focus on maximising the Labour vote. There are superficial arguments on not fielding a Labour candidate but they do not stand up to scrutiny. If there were to have been a “progressive alliance”, as suggested by some writers on LabourList, it would not have meant simply allowing the Lib Dems to put up their candidate, Sarah Olney, and expecting the rest of us to fall in line behind her. It would have involved negotiations and thrashing out a common line rather than expecting all non-Tories to vote for her.

Remember this is the Liberal Democrats who signed up to austerity, the bedroom tax, increased tuition fees and lots more that was unpalatable. And so it continues: Ms Olney was quoted recently as saying that she finds Theresa May “impressive”. The Lib Dems were prepared to go into government for their own cynical interests and voting for them now is not an option for many left-of-centre voters. That is why it is wrong simply to assume this is a simple arithmetical issue and that, when the count is made, if the Lib Dem and Labour votes combined were greater than Goldsmith’s total, then he would have lost had we withdrawn.

The Lib Dems are particularly disliked in Richmond and it was noticeable that when I was phoning Labour members to seek their support, many expressed support for having a candidate and were clear that they would never vote for a Lib Dem. These thousands of voters would have been disenfranchised by a decision to withdraw. Moreover, at the last election, there was a strong swing from Lib Dem to Labour and an equivalent swing would put us ahead of them. Therefore it is a lazy assumption to suggest that they are the only party that can beat Goldsmith.

If we, like the Greens, had decided not to field a candidate, then there would have been no anti-austerity voice in this by-election to highlight the damaging effect of this cruel government policy.

We can spread the message that not only has austerity brought anguish and despair and extreme hardship to those who can least bear it, it also makes no economic sense. What we need is government investment, not cuts, to kick-start the economy. Anyone with a basic understanding of economics can see this immediately.

Why would we deliberately opt out of a three-week high profile campaign which gives us an opportunity to demonstrate our renewed unity and our distinctive ideas? We can use this period as a crucial means to get across to the voters of Richmond and the whole nation what the Labour stands for and why people should be turning their backs on this vicious and nasty government.

We have a distinctive voice on Brexit, too. I have made clear that I would not vote for the enactment of Article 50 if it were a matter of giving the government a blank sheet of paper that could result in hard Brexit, soft Brexit or any old Brexit. Brexit is currently a meaningless amorphous concept and it needs to be challenged and we need to know what it means before we can decide how to vote. Yet, Ms Olney has made clear she would not challenge the enactment of Article 50.

Finally, this campaign is not only about Goldsmith. It would be cynical in the extreme for Labour to drop out simply because this is a chance to beat a Tory. The decision to fight the seat is a principled one and that is why we need Labour supporters to come to Richmond Park to help boost our vote.

We have three weeks to get the Labour message across – and this is what we all should to focus on. The issues are all there: Heathrow expansion, Brexit, austerity and housing, as well as lots of others. The Labour message on all these is loud and clear – let’s stop wasting valuable time in fruitless discussions and get on with the job.