From Wikispooks
(Redirected from TASERed)
Jump to navigation Jump to search 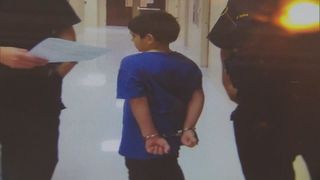 A 7 year old special needs student who in 2017 was tased and locked in handcuffs by Dallas police.[1]

A Taser is a weapon used to deliver an electric shock. They were legalised amid claims of their use to temporarily immobilise suspects who might otherwise have been shot and killed by more fatal weapons. They are also used to torture people - a word used by lawyers[2] and the UN although it is avoided by commercially-controlled media and the police.[3]

At least one miscarriage has been reported after US Police repeatedly tasered a pregnant woman.[3]

Films produced be the American entertainment complex try give a situation in which somebody got tased in the plot a comical feeling.[7]