Educate the broader American public about the reality of moderate Islam and the threat to moderate Muslims and non-Muslim Americans represented by militant, political, radical, and adversarial tendencies.[2]

In December 2004 he was touring the US with Husain Haqqani, a neoconservative-connected Pakistani, in support of a think tank by the name of Institute for Islamic Progress and Peace (IIPP).[3] It is not clear, however, whether CIP and IIPP, both set up by Daniel Pipes, are one and the same.

A brief biographical note on the National Review Online website describes him as "a vociferous critic of Wahhabism". Schwartz describes Wahhabism as "an extremist, puritanical, and violent movement that emerged, with the pretension of 'reforming' Islam, in the central area of Arabia in the 18th century."[4] Schwartz is a frequent contributor to the National Review, the Weekly Standard, FrontPage, and other conservative publications.

On 6 June 2003, Schwartz, in his role as senior policy analyst with the Foundation for the Defense of Democracy, participated in a FrontPage Symposium on "Saudi Arabia: Friend or Foe?"[5] 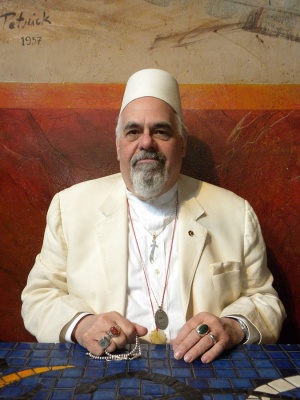