Lille University of Science and Technology

The Lille 1 University of Science and Technology was a French university located on a dedicated main campus in Villeneuve d'Ascq, near Lille, with 20,000 full-time students plus 14,500 students in continuing education (2004). 1,310 permanent faculty members plus 1,200 staff and around 140 CNRS researchers work there in the different University Lille 1 institutes and 43 research labs. University Lille 1 was a member of the European Doctoral College Lille Nord de France, which produces 400 doctorate dissertations every year. The university is ranked in the world top 200 universities in mathematics by the Shanghai ranking.[1][2]

University Lille 1 was established as Faculty of Science in 1854 in Lille, although its academic roots extend back to 1559. It later moved to Villeneuve d'Ascq in 1967. The University focuses on science and technology. Law, business management and medical fields are taught in the independent campus of Université de Lille II, while literature and social sciences are taught as part of the independent campus of Université de Lille III. Altogether, the three university in Lille include more than 70,000 students and are the main parts of the Community of Universities and Institutions (COMUE) Lille Nord de France.

At the beginning of 2018, the three universities (Lille 1, Lille 2, Lille 3) merged to form the University of Lille;[3] the UFRs of Lille 1 become Departments of the new Faculty of Science and Technology.

The main University Lille 1 campus, referred-to as Cité Scientifique, is located in Villeneuve d'Ascq in the suburbs of Lille, and covers an area of 1.1 km². USTL also has secondary locations in the Lille historical city centre, Sallaumines, Tourcoing and Wimereux (Marine station).

Faculty and staff in alphabetical order. 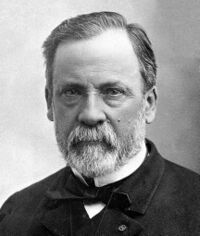 Alumni in alphabetical order. This list includes alumni who are also faculty.