Herman Kendrith Beebe Sr. was jailed in connection with the US savings and loan fraud‎. 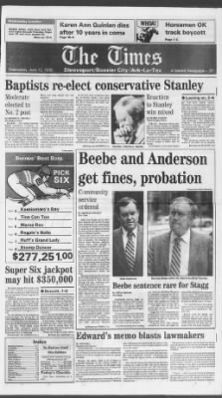 Beebe was convicted of fraud in 1988, together with Dale Anderson. The pair were sentenced to five years probation, and ordered to pay fines totaling $21,000.[1]

Stephen Pizzo alleges a good many Beebe connections to high-placed senior Mafia figures and often the Godfather himself, as does fellow investigative journalist Pete Brewton, describing Beebe as a "Louisiana organised crime associate".[2]