Finsbury is a PR company based in London and New York that specialises in financial services clients. It is a subsidiary of British advertising and media conglomerate WPP plc.

Finsbury was founded by Roland Rudd in 1994 as Finsbury.[1] In 2001, the firm was sold to WPP in a deal that the Financial Times estimated earned Rudd £40 million.[2][3] Rudd remained chairman of the company.[4]

In 2011, Finsbury merged with Robinson Lerer & Montgomery of New York.[5][6] Rudd continued as chairman and Walter G. Montgomery became chief executive officer of the enlarged firm. Montgomery retired as CEO in 2014 but remains a partner in the firm.

In 2014, RLM Finsbury rebranded as just Finsbury which the firm felt would underline its global ambitions.[7]

Company clients have included Starbucks, Charles Schwab, Nielsen, Shell & The Royal Bank of Scotland.[8][9] In 2017, the firm was retained by the Kushner Cos., the real estate business run by the family of Jared Kushner, son-in-law and adviser to President Donald Trump.[10] Finsbury has also represented Volkswagen A.G. during its diesel emissions scandal.[11]

In November 2012, Finsbury was found to have anonymously edited the article about Russian billionaire Alisher Usmanov, removing information about various controversies.[12][13][14][15] 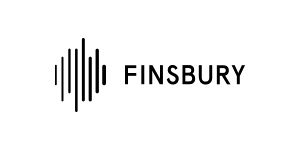