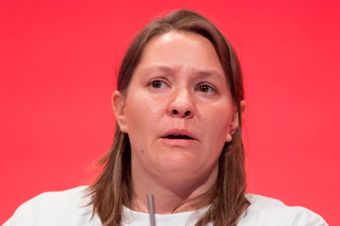 As regular readers of this blog will know, the contest for the position of General Secretary of Unite is underway at the moment and the campaign of challenger Gerard Coyne has been criticised for its smear-tactics and a breach of the Data Protection Act (DPA) that Coyne admitted on national radio but claimed ‘was agreed’ – which showed a poor understanding of the law, as only ‘data subjects’ can agree to data they provided to one organisation being used by someone else.

Coyne also claimed that use of the data had ‘concluded’, but this was also untrue, as further emails and texts were sent to non-Unite members this week.

It appears that these are not the limits of the lengths Labour’s right-wing faction will go to in their efforts to lever in a candidate that they hope can undermine Labour leader Jeremy Corbyn.

The SKWAWKBOX has learned that substantial numbers of right-wingers joined Unite’s Community section (UC) before the January deadline to be entitled to vote in the leadership ballot. UC membership costs only 50p a week, as it is exclusively for the unwaged.

However, many of those who joined UC to vote for Gerard Coyne are not unwaged – and therefore made a false declaration in order to do so.

Not only that, but one of them – the visible tip of the iceberg, so to speak – is according to sources, a prominent Progress MP with a track record of contempt for Unite’s incumbent General Secretary Len McCluskey.

In July last year, Anna Turley – a spokesperson for Progress, an extreme anti-Corbyn faction at the heart of much of the agitation against him – perhaps frustrated by Len McCluskey’s continued, steadfast support for the Labour leader, urged a Twitter contact to join Unite in what has become an infamous Tweet:

It’s safe to say she’s extremely invested in McCluskey’s removal. Enough, if reports are correct, to join in order to vote against him – as she appears to have done.

However, she has been reported to the regional office for the way in which she did so.

Joining Unite costs around £12 a month and it appears that Ms Turley was keen to do so as economically as possible and save £10 a month by joining UC instead of as a full union member – which means she would have had to declare herself unwaged.

The SKWAWKBOX understands that an official complaint has been sent to Unite’s Regional Secretary for the north-east, Karen Reay.

Ms Turley’s office was contacted this afternoon to see whether it wished to comment on the matter but has, so far, declined to make any comment. Ms Turley is also a full member of the separate union Community, but this is coincidental and is not at issue here.

The McCluskey campaign was also contacted but did not wish to comment on what it said was a matter for the union.

A Unite spokesperson today confirmed that there exists no exemption for an MP to join UC and issued the following statement:

"Unite welcomes new members but anyone joining on a fraudulent basis will prompt an investigation. A complaint has been received and is being investigated."

If the complaint is upheld and Ms Turley has, in plain words or by omission, declared herself unwaged in order to join a low-cost section of the union, it speaks volumes for the desperation of the Labour right to remove Len McCluskey as a route to toppling Labour leader Jeremy Corbyn – and of the principles they are prepared to forsake in order to achieve that end.

Joining Unite in order to participate in the General Secretary ballot is legitimate and some are known to have done so to support Len McCluskey. However, making a false declaration in order to do so ‘on the cheap’ is certainly not legitimate and such applications need to be rooted out and their votes invalidated.

The SKWAWKBOX urges Unite to investigate all applications for Unite Community membership and to not only expel but also expose those who have done so fraudulently, as this is a matter of huge interest to the union’s 1.4 million members, over 500,000 Labour Party members and the public at large.

"Very pleased with today’s verdict, and to be able to say that I have won my libel action against Unite the Union and Skwawkbox. My full statement:"[2]

"For the record, Anna Turley sued Unite, for an article not published by Unite. Unite did not take legal action against Anna Turley. From the outset and contrary to her statement Anna Turley always sought damages from the union.
"Suggestion that the legal costs for this case amount to in excess of £1 million is utter nonsense."[3]