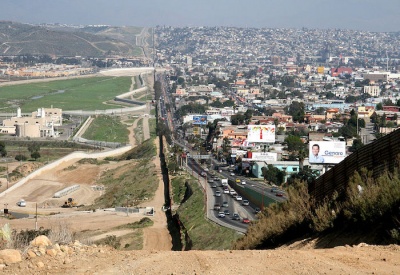 The border wall between USA (left) and Mexico (right)

Borders exist between countries and regions.

Clear definition of which parts of the globe belong to which nation state are important, as is controlling movement of people across these borders. The system of passports and visas is an important policy to promote global stability.

Open borders is good for capitalism.

Many groups, such as the UK-based No Border network, campaign against borders, arguing that people should not be discriminated against because of their country of origin.[1]