Al Jazeera's TV documentary "Lockerbie: What Really Happened?" was broadcast on 11 March 2014 and generated a lot of media coverage but, according to John Ashton, contained little that hadn’t already been reported previously.

Most of the coverage has led on the allegations made in the film by Abolghasem Mesbahi, the German-based Iranian defector, who alleged that the Lockerbie bombing was carried out in revenge for the US shootdown of Iran Air Flight 655. Abolghasem Mesbahi's claims have been reported as if they are new, but they are not: they originally surfaced in the German media in 1996 or 1997. Mesbahi gave his first broadcast interview about Lockerbie to the German channel ZDF in 2008 and Al Jazeera’s interview, which was in fact shot by ZDF, featured in another ZDF documentary last month.

In the interview with Al Jazeera's "Lockerbie: What Really Happened?", Abolghasem Mesbahi stated:

Abolghasem Mesbahi was a former senior official in Iran’s security service, Vevak, and was based in, among other places, Paris and Bonn. In late 1988 he was imprisoned briefly as a suspected US double agent and in 1996 defected. He claimed to have first hand knowledge of the plot that resulted in the 1992 murder, by Iranian agents, of several leading Kurdish separatists in the Mykonos restaurant in Berlin. His testimony proved crucial in the subsequent trial of some of the Iranians.[2] It was not until some months after his defection that he began to talk about Lockerbie.

In 2013, John Ashton spoke to a leading German journalist who is very familiar with both Mesbahi and the Lockerbie story. While the journalist believes that the evidence that Mesbahi gave in the Mykonos case was credible, he is very sceptical of his claims about Lockerbie.

By Mesbahi’s own admission, all his information about Lockerbie was second-hand. His accounts to the German police (documented in memos disclosed to the Abdelbaset’s lawyers pre-trial) were erratic. Some of his claims were unlikely, others patently nonsense. He claimed that the Iranian government initiated the operation and Iranian foreign minister Velajati held talks with Muammar Gaddafi, during which they’d agreed on a joint operation in which Iran would be responsible for the explosives and Libya for the electronics. There was no reason for Iran to rely on the Libyans to sort out the electronics, when they had plenty of other bomb makers at their disposal. He did not mention the PFLP-GC and instead suggested that the operation was not only commissioned by the Iranian government, but also largely undertaken by Iranian agents.

Abolghasem Mesbahi said that the technical instructions for the bomb came from the Abu Nidal Organisation (ANO). He initially claimed that it was assembled and loaded at Heathrow by Libyan agents who had access to the airport’s ‘secure area’ (by which, presumably, he meant 'airside'), but later claimed that it was assembled there by a ANO members. He also said that the bomb was activated by a chemical detonator, which again seems unlikely. He reported that the Iranians sent explosives to London after which the green light was given to the Libyans to deliver the electronic components. This, a source told him, was done by Abdelbaset al-Megrahi and Lamin Fhimah only days before the bombing. However, there is no evidence that they were in London at any point. It is clear that Abdelbaset was in Prague and Switzerland from 9th to 17th December and that he and Lamin were in Malta on the 20th and 21st.

John Ashton suspects that Abolghasem Mesbahi stitched together a story that would implicate Iran, while accommodating the official 'Libya-did-it narrative'. 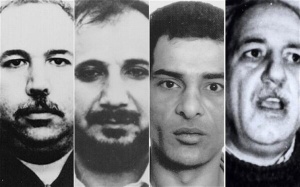 Another disappointing aspect of the programme was the prominence it gave to the claims of the Operation Bird reports, about which I have written previously (here and here). Some of the reports’ key allegations are, in my view, unlikely, in particular the claim that the PFLP-GC’s German ringleader, Hafez Dalkamoni, attended a crucial planning meeting in Malta in October 1988. This claim is contradicted by documentary and witness evidence gathered by the BKA, which is far stronger than the evidence that the programme presented to corroborate the claim (essentially, a 1989 Maltese newspaper article).

Al Jazeera was on more solid ground when the film presented US Defense Intelligence Agency reports from 1989 and 1990, which implicated the PFLP-GC and Iran in the attack. Unfortunately, it implied that the reports were secret and stated that they would have been used at Abdelbaset’s second appeal. Neither suggestion was true: the reports had no role in the appeal and are available online having been declassified many years ago.

There were other exaggerated and misleading claims, according to John Ashton. For example, the commentary stated "this programme has learned" that Tony Gauci had picked out a photo of Mohamed Abu Talb before his partial identification of Abdelbaset. In fact it is well known that, when shown a photo of Abu Talb by the police in October 1989, Gauci said that he resembled the clothes purchaser. The programme also stated that the Toshiba radio-cassette player that housed the Lockerbie bomb was of the same type as the one seized by the BKA during the "Autumn Leaves" raids, but in fact it was substantially different.

On the plus side, the film contained powerful interviews with former CIA investigator Robert Baer, researcher and campaigner Morag Kerr and, surprisingly, the former Times political editor Robin Oakley. Overall, though, it was a wasted opportunity.[3]