Tuomo Pietiläinen is a Finnish journalist, and the editor of Helsingin Sanomat, the highest circulation newspaper in Finland. 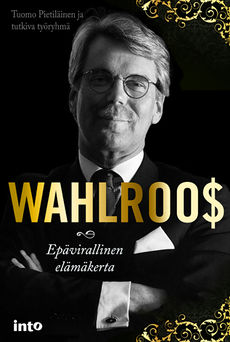 Pietiläinen received the state prize for publicity in 1993 and 2003. In 2003, Pietiläinen received an award with Anssi Miettinen for news coverage of suspected misuse of teletext information in Helsingin Sanomat. The same year, they received Bonnier's Great Journalist Award for Sonera News.

Pietiläinen worked as a visiting professor of journalism at the University of Tampere in 2012-2013. During his visiting professorship, he also worked with the students on Wahlroos: an informal biography (2013) about Finnish Bilderberger Björn Wahlroos.

Pietiläinen has said he is very classical in his investigative journalism. According to him, journalists are the watchdogs of power and the counterattack. He has been particularly interested in political and economic power and their intersections.

The Secret Behind the Cliff and subsequent Police Raid

In December 2017, Tuomo Pietiläinen co-authored The Secret Behind the Cliff with Laura Halminen, which was published by Helsingin Sanomat. Based on classified documents dating as far back as 1999, this revealed a sophisticated electronic interception station in the northern suburbs of Jyväskylä, a city of about 140,000 people in central Finland. It claimed that the Finnish intelligence services have operated the top-secret program in Jyväskylä for years. It focuses on monitoring the maneuvers of Russian military units stationed around the St. Petersburg area, allegedly by tracking electromagnetic radiation emissions. "The Finnish government reacted angrily to the Helsingin Sanomat report, accusing the newspaper of “revealing the content of highly classified documents” that are “critical to the [country’s] security and may cause grave damage to it”. But the newspaper’s editors argue that the same technology may have been used domestically to track the movements of Finnish citizens, and that the public has a right to know about the surveillance project."[1]

Laura Halminen's house was subsequently raided by Finnish Police, destroyed her computer with a hammer during a police raid of her house, reportedly without a warrant. "[Finnish] Police authorities said that, under Finnish law, search warrants are not required for national-security investigations."[1]