Salvatore Princiotta was a retired New York City firefighter who survived the September 11 attacks who was murdered.[1]

Officers first went to Princiotta's Scottsdale, Ariz., apartment on May 14 after a family member hadn't heard from the former firefighter, police said. Based on the appearance of the body, Princiotta had been dead for many days. At first, it was believed that Salvatore Princiotta died of post-Sept. 11 lung complications. However, a coroner later announced that he was murdered, although declining to release any other details. Scottsdale police said they could "confirm that this is a homicide investigation. However, certain details of the case need to be held in confidence to preserve our ability to successfully prosecute the case."[2] 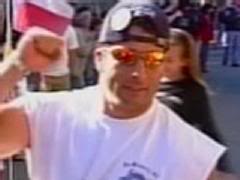