A Guild of Merchants was founded in Bristol by the 13th century, and swiftly became active in civic life; by the 15th century it had become synonymous with the town's government. The group profited extensively from the slave trade.

The group has only recently admitted female members. 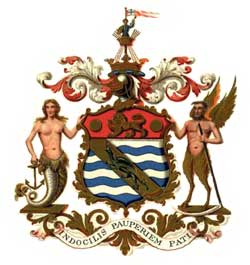