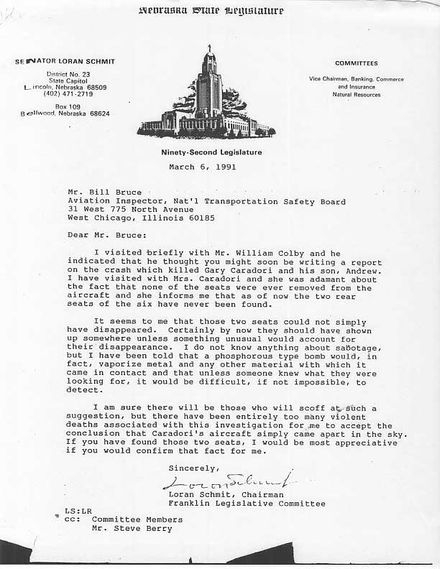 In 1989[citation needed] Schmit appointed Gary Caradori to investigate the case of the Franklin child prostitution ring‎. In July 1990 Caridori died in a plane crash. On 6 March 1991 he wrote to Bill Bruce, an NTSB avaition inspector that "there have been entirely too many violent deaths associated with this investigation for me accept the conclusion that Caradori's aircraft simply came apart in the sky". In October 1991 EIR published an article which termed Caradori's crash "suspicious".[2] In 2014 Wayne Madsen blamed the FBI for the event.[3]