Difference between revisions of "Robert Faurisson"

Dr. Robert Faurisson. Pictured following a nearly fatal attack on September 16, 1989 by three thugs from a group calling itself, "The Sons of the Memory of the Jews"

Robert Faurisson was Europe's foremost Holocaust revisionist scholar. Born in 1929 of a French father and a Scottish mother, R. Faurisson taught classical letters (French, Latin, Greek) before specialising first in the analysis of modern and contemporary French literary texts and, finally, in the appraisal of texts and documents (literature, history, media). He was professor at the Sorbonne and the University of Lyon. Because of his historical revisionist stands, he was effectively forbidden from teaching. He incurred many convictions in the law courts and suffered ten physical assaults, the worst of which occurred on 16 September 1989 when he was 64 years old and which came close to killing him. He recognised his assailants and named one of them to the police but despite being arrested and questioned, they were never prosecuted. They belonged to a group calling itself "The Sons of the Memory of the Jews"

““The alleged Hitlerite gas chambers and the alleged genocide of the Jews form one and the same historical lie, which has permitted a gigantic political and financial swindle whose main beneficiaries are the state of Israel and international Zionism and whose main victims are the German people – but not their leaders – and the Palestinian people in their entirety.””
Robert Faurisson (11 December 2011)  [2] 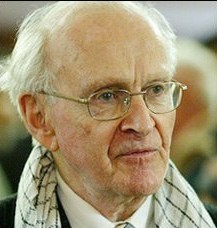 +
Has image2
File:Faurisson.jpeg +
Has interest
"The Holocaust" +
Has nationality
French +
Has noRatings
0 +
Has objectClass
Person +
Has objectClass2
Person +
Has revisionSize
2,908 +
Has revisionUser
Peter +
Has website
http://robertfaurisson.blogspot.co.uk/ +
Has wikipediaPage
https://en.wikipedia.org/wiki/Robert Faurisson +
Has wikipediaPage2
https://en.wikipedia.org/wiki/Robert_Faurisson +
Is not stub
true +
ON constitutes
Holocaust denier +
Victim of
Zionism +  and Jewish Power +
Has subobject"Has subobject" is a predefined property representing a container construct and is provided by Semantic MediaWiki.
Robert Faurisson +