Regulatory capture is when a regulator becomes a tool of the groups it was intended to regulate.

“Probably most people would agree that the people paid by the U.S. government to regulate Wall Street have had their difficulties. Most people would probably also agree on two reasons those difficulties seem only to be growing: an ever-more complex financial system that regulators must have explained to them by the financiers who create it, and the ever-more common practice among regulators of leaving their government jobs for much higher paying jobs at the very banks they were once meant to regulate. Wall Street's regulators are people who are paid by Wall Street to accept Wall Street's explanations of itself, and who have little ability to defend themselves from those explanations.”
Michael Lewis (September 2014)  [1]

The SEC is regarded as a prime example of regulatory capture.

“The Food and Drug Administration. The FDA was charged with overseeing the manufacture of cereal, along with all other processed foods except meat and poultry, which were controlled by the Department of Agriculture. It steadfastly refused, however, to see sugar as a threat to the public's health. Moreover, it repeatedly declined to require food manufacturers to disclose, on their packaging, exactly how much sugar they were adding to their products... Where Washington had failed to act, two men working on behalf of the public took the Big Three on themselves. One was an enterprising dentist, Ira Shannon, with the Veterans Administration Hospital in Houston, who [in 1975], alarmed by the exploding rates of tooth decay he’d seen in his young patients, decided that he’d had enough. (By one estimate, there were at any given moment one billion unfilled cavities in American mouths.) So the dentist took a trip to his local supermarkets, brought seventy-eight brands of cereal back to his lab, and proceeded to measure the sugar content of each with damning precision. A third of the brands had sugar levels between 10 percent and 25 percent. Another third ranged up to an alarming 50%, and eleven climbed even higher still — with one cereal, Super Orange Crisps, packing a sugar load of 70.8%. When each cereal brand was cross-referenced with TV advertising records, the sweetest brands were found to be the ones most heavily marketed to kids during Saturday morning cartoons.”
Michael Moss (2013)  [2] 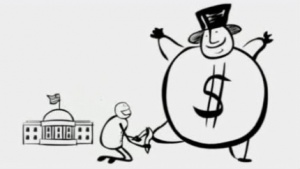