Difference between revisions of "Norway/Deep state"

From Wikispooks
< Norway
Jump to navigation Jump to search

Under a formally democratic facade, the people and networks of the Norwegian Deep state ('Maktnorge') decide many aspects of the modern state. Centered around high bourgeoisie families especially in the capital Oslo, especially the economy and foreign policy is traditionally in their hands. The state bureaucracy, an elite of public servants, often from the same families, have traditionally had a strong hand in running the country the way they think best, a tradition going back several hundred years.

The Norwegian Shipowners' Association has long had an outside influence compared to their numbers, although maybe somewhat less after the year 2000.

Another element is deep state networks in and around the long-governing Labour Party.

Since the 1980s, oil money allowed Norway to gather what became Norwegian Sovereign Wealth Fund, which by the 2000s was one of the biggest investors in the world, owning over US$1 trillion in assets, including 1.4% of global stocks and shares. The money allowed Norwegian politicans to part-fund projects favored by the Supranational deep state. Examples included the Clinton Foundation and several Bill Gates public-private health initiatives.

During the union with Sweden 1814-1905, the Norwegian military leadership swore loyalty to the Swedish king. Independence was delayed by several decades because of doubts over the armed forces' position.

In the 1930s the army had a secret mobilization plan for loyal forces only in case of labor unrest. The plan was also kept secret from the government. The entire structure of the army was geared towards this plan.

During the early 1930, when it looked like the Labour Party would win elections, factions of the deep state and armed forced centered around businessman Frederik Prytz and with Vidkun Quisling as front man, actively planned a military coup. These forces eventually formed the fascist party Nasjonal Samling. The party failed in elections, but managed to recruit a large proportion of Norwegian officers as members. 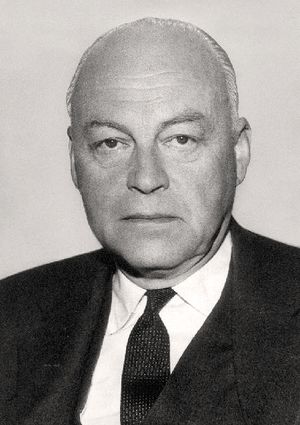 Leif Höegh, a possible deep politician, who attended the first Bilderberg and was a member of the Bilderberg Steering Committee, as was his son Westye Høegh.

Unlike neighboring Sweden, which was neutral in World War II, Norway fought on the side of the allies, and was occupied by Germany forces.

The Norwegian deep state was rebooted after WWII. Officers who had dubious loyalty during the first years but had changed side in time, were busy writing their own history. Jens Christian Hauge, a resistance leader during the war, emerged as a key deep politician in the twenty years after the war. Party functionary and CIA-agent Haakon Lie in the governing Labour Party made sure the Labour movement stayed loyal to NATO and the UK/US alliance.

As in many European nations, Operation Gladio was defining in the evolution of the deep state in Norway.[citation needed]

Johan Melander led Norway's delegation to the GATT negotiations from the early 1950s.

Leif Höegh attended the first Bilderberg. He was a member of the Bilderberg Steering Committee, as was his son Westye Høegh. Also in attendance was Finn Moe, although he only attended one subsequent meeting, in 1959.

From the 1950s onward, The Norwegian Armed Forces Intelligence School educated many of the country's ruling caste.

Hans Engen, who was Permanent Representative of Norway to the United Nations for 5 years, reportedly died in a skiing accident in 1966.[1]

In 1982 a NATO military plane caused a civilian airliner to crash in the small village of Mehamn, killing 15. The noticeable thing is that all three official investigations since have stonewalled on military responsibility, despite all three having been shown to heavily distort and edit out facts, where the second and third investigations were fallback positions. Witnesses and journalists who disputed the official findings found themselves victims of a vicious smear campaigns by .

In 1984, diplomat Arne Treholt was arrested as a Soviet spy, and convicted in 1986. One of the investigators was the same as the one discovered working for the US embassy in 2010. One of the key pieces of evidence (a suitcase with some money) was later proven to have been falsified by the police. The case happened at the same time as several other Reagan era PSYOPS campaigns (the Georgi Markov-case; the false flag submarines against the Swedish government[2]; Korean Airlines Flight 007 etc.)

In 1999, three people were assassinated execution style, Anne Orderud Paust, an intelligence operative[3] under cover as a high ranking official in the Norwegian Ministry of Foreign Affairs and her parents. (Her husband Per Paust, also an intelligence operative and high ranking official in the ministry, had died of cancer two weeks before Anne were murdered).

Anne's brother, daughter-in-law, sister and her partner, were charged and convicted for murder, despite only one of them confessing. Extraordinarily, the police stated the case had no connection to a previous car bomb attempt against Anne and Per.

The real assassins were probably connected to the wars in Yugoslavia, where Norway was heavily involved in regime changes and support to secessionists, and might have been protected because they still had use in the covert operations there,[Says who?] or because the real facts of the case would have revealed embarrassing information.

In 2010, retired Norwegian intelligence leaders worked as private investigators for the US embassy to monitor opponents, the Surveillance Detection Unit.[4]

The Integrity Initiative was active in Norway, including a separate cell for the northern areas of the country. They collaborate with already existing local networks. These networks are still highly active.[5]

Leading journalists and editors have for many decades taken media courses at the Defence High School (FHS).

In the early 1970s, it was revealed The Social Democrat Youth Group received CIA funding.

In 1978, Norwegian police stumbled upon a secret basement under the house of shipowner Hans Otto Meyer which contained at least 60 weapons, many machine guns, and 12,000 rounds of ammunition. He claimed that this was provided by Norwegian intelligence.[7] In parliament, the Norwegian Minister of Defense Rolf Hansen at first denied that Meyer was affiliated with the intelligence services, then later admitted the charges and confirmed that Meyer had been associated with the Stay Behind network.[citation needed]

A few people with deep state connections have touched on aspects of it, noticeably: