Difference between revisions of "Nikita Malik"

Nikita Malik is a terrorism researcher at Quilliam. Her LinkedIn profile describes her as "an expert in counter-terrorism and counter-extremism, with a focus on protection of women and children in conflict. She is the author of Children of Islamic State, described by The Times as a "landmark study into the use of children and adolescents by the terror group" and Refuge: Pathways of Youth Fleeing Extremism, endorsed by UNICEF UK and described by UNESCO as "a remarkable contribution to our understanding and efforts to take positive action". In 2018 she was honoured by Forbes Magazine as a 30 under 30: an influencer in law and policy.".[1]

Nikita Malik studied South Asia and the Middle East at Oxford University. In 2009, she was awarded an MsC in economics.

In 2013, Malik wrote for OpenDemocracy about water.[2] Since then she has been increasingly featured on commercially-controlled media for some years. She has spoken on BBC, CNN, France 24 and Sky News and has written for a range of newspapers, including The Sun, in which she praised the choice of Sara Khan as Counter-Extremism Commissioner.[3]

Malik has said more work was required to establish a definitive link between an individual’s history of domestic violence and subsequent involvement in terrorism, evidence existed to indicate a potential correlation. She has also argued that “In the UK, laws including the modern slavery and terrorism acts should be interpreted more broadly, in order to adequately reflect the spectrum of crimes committed by individuals using sexual violence as a tactic of terrorism.”[4] 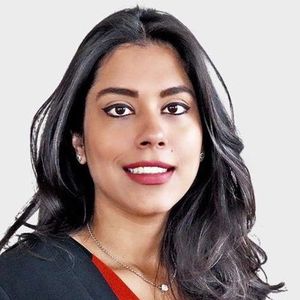