Mort Sahl is a comedian and political satirist. By 1970 he was well versed on the JFK Assassination and the US deep state.[1] He was still performing stand-up comedy at age 89.[2]

Sahl pioneered a style of social satire which pokes fun at political and current event topics using improvised monologues and only a newspaper as a prop.

Mort Sahl was doubtful about the Pentagon papers.

Mort Sahl was a critic of the Warren Commission.[3] He supported the Jim Garrison investigation in New Orleans. Mort Sahl reported that he was "terribly upset by the fact that no one debates" the JFK assassination.

“Garrison was the man and he's quite correct. These people, they don't say anything, they just sit there. They don't challenge any of the reports or any of the conclusions [about the JFK assassination]. They left me out there. For me to go on the air and say that the CIA is the #1 dope dealer and adventurers within the CIA will bank the money from the [drug] imports from South East Asia and not to get a letter to challenge it or ask for documentation. Not to hear from anyone. And to know that that went out over 211 television stations to an audience of between 9 and 14 million. The silence is deafening. How can that be? How can you get no reaction? Where are we? What the hell is this, 1984?”
Mort Sahl (1970)  [4]

George Carlin was influenced by Sahl.

A Quote by Mort Sahl 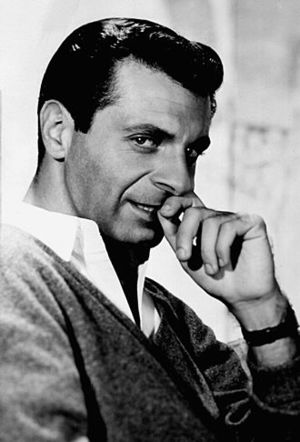 +
Has image2
File:Mort Sahl.jpg +
Has imdb
https://www.imdb.com/name/nm0756340 +
Has interest
Pentagon papers +  and JFK assassination +
Has nndb
http://www.nndb.com/people/451/000032355/ +
Has noRatings
0 +
Has objectClass
Person +
Has objectClass2
Person +
Has revisionSize
2,879 +
Has revisionUser
Robin +
Has twitter
https://twitter.com/mortsahlsays +
Has website
https://t.co/zmBhKxI4KU +
Has wikidata
https://www.wikidata.org/wiki/Q3324468 +
Has wikipediaPage
https://en.wikipedia.org/wiki/Mort Sahl +
Has wikipediaPage2
https://en.wikipedia.org/wiki/Mort_Sahl +
Is not stub
true +
Has subobject"Has subobject" is a predefined property representing a container construct and is provided by Semantic MediaWiki.
Mort Sahl +