Not to be confused with Michael Ray Aquino‎, a Filipino spook.

Dr. Michael A. Aquino was a career officer with the US army specializing in psychological warfare. He served in the Vietnam War and came to the rank of Lieutenant colonel. He founded the ("satanic") Temple of Set.

In 1980 Aquino was awarded a Ph.D. from University of California Santa Barbara.

He founded and lead the ("satanic") Temple of Set[1] and is the co-author of the paper: "From PSYOP to MindWar: The Psychology of Victory";[2][3] co-authored with Paul E. Vallely, which describes application of the 4th generation of warfare to an enemy population.

He has been implicated in the Presidio child abuse case of the 1980s[4][5][6][7] and the Franklin scandal; accusations that he tried to fend off for the rest of his live, framing the day-care child abuse cases of the 80s as witch hunts.[8][9] There is speculation that this affair ended his career since he became unacceptable for promotion.

Starting in 1986, children in the daycare center at the Presidio of San Francisco began to come forward with claims of molestation. Initially, the allegations only included daycare teacher and Baptist minister Gary Hambright, but they quickly grew to include other unidentified perpetrators who took the children off-base to be abused. Some of the abuse was even said to be ritualistic in nature, with urine and feces, blood, and threats of violence. The case expanded in scope when one child accused Lt. Col. Michael Aquino, an Army intelligence officer at the Presidio as well as a Satanist who had founded the Temple of Set. After years of legal maneuvering, charges against Gary Hambright were filed then dropped multiple times. Michael Aquino was never formally charged, but he was titled by the Army and processed out, following a CID investigation in which multiple children across Northern California implicated Aquino in molestation and ritual abuse. To the end of his life, Aquino maintained not just that he was innocent, but that Hambright was innocent as well and no abuse took place at the Presidio. Researchers of the case argue that Aquino has been highly dishonest in his presentation of the facts.[10][11][12] 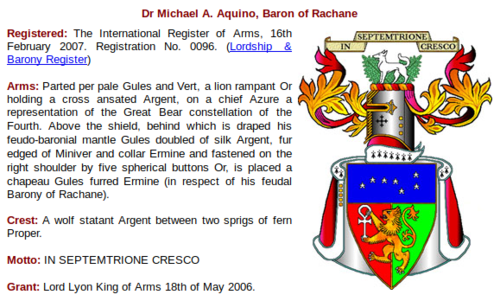 A Document by Michael A. Aquino