Mats Wilander (born 22 August 1964) is a former World No. 1 tennis player from Sweden. From 1982 to 1988, he won seven Grand Slam singles titles (three at the French Open, three at the Australian Open, and one at the US Open), and one Grand Slam men's doubles title (at Wimbledon).

In 1988, Wilander won three of the four Grand Slam singles events and finished that year ranked World No. 1. Although he never won the singles title at Wimbledon, Wilander twice won the Australian Open when that tournament was still played on grass courts. This makes Wilander one of only six men (along with Jimmy Connors, Andre Agassi, Rafael Nadal, Roger Federer and Novak Djokovic) to have won Grand Slam singles titles on grass courts, hard courts, and clay courts.[2] He and Rafael Nadal are the only men in tennis history to have won at least two Grand Slam singles titles on each of the three surfaces (2 Australian when it was played on grass prior to 1988, 1 Australian and 1 US on hard and 3 French on clay).

Wilander won his fourth Grand Slam singles title at the age of 20, the youngest man in history to have achieved that feat.[3] He also won eight Grand Prix Super Series titles (1983–88) the precursors to the current ATP World Tour Masters 1000. He won 33 singles titles and seven doubles titles during his career. He was also a driving force behind Sweden's run of seven consecutive Davis Cup finals in the 1980s.

In 2002, Mats Wilander was inducted into the International Tennis Hall of Fame. 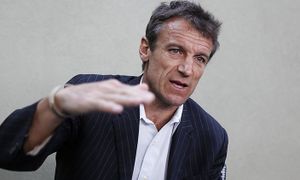