The Macpherson Inquiry was established in July 1997 by Home Secretary Jack Straw who appointed a former judge of the High Court, Sir William Macpherson of Cluny, to conduct a full judicial inquiry "into the matters arising from the death of Stephen Lawrence on 22 April 1993 to date, in order particularly to identify the lessons to be learned in the investigation and prosecution of racially motivated crimes."

It was the first such inquiry under the Police Acts since Lord Scarman's into the 1981 Brixton riots[1] and held 69 days of public hearings, heard 88 witnesses, and received some 100,000 pages of evidence.[2]

The Macpherson Inquiry found that the review of the Stephen Lawrence case conducted in autumn 1993 by Detective Superintendent John Barker was factually incorrect and inadequate. Macpherson was concerned that no senior officer at any level tested or analysed Det Supt Barker's review which led to "a flawed and indefensible report."

In 1994 a second investigation of the case was established and this attempted to salvage the situation. The inquiry makes clear that this second investigation, led by Detective Superintendent William Mellish, was conducted with great imagination, skill and sensitivity by the officers involved. But their efforts, in Macpherson's view, were not sufficient to overcome the catalogue of errors and basic incompetence in the handling of this investigation.

The 389-page Macpherson Report was presented to Parliament by Jack Straw in February 1999.[3] It detailed 70 proposals that were designed "to take on our 'institutionally racist' police."[4]

In December 2000, Conservative Party leader William Hague told an audience at the Centre for Policy Studies in London that he deplored the murder. He went on:

"The Macpherson report has been used to brand every officer and every branch of the force as racist, it's contributed directly to the collapse of police morale and recruitment and has led to a growing crisis on our streets.

"The people who are suffering most from the post-Macpherson collapse in police morale are members of the ethnic minorities themselves.

"The next Conservative government will tackle this post-Macpherson crisis head on."[5] 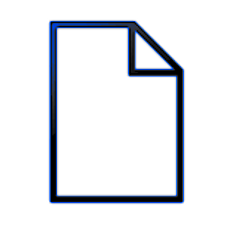