Difference between revisions of "Klaas Bruinsma"

Klaas Bruinsma (who renamed himself Frans van Arkel in 1975) was the Dutch main drug lord during the 1970s and 1980s. His main drug of export was hashish. While he doesn't get much scrutiny, primarily for being idolised as "old-school classic mafia as seen in movies like The Godfather" some of his connections seem to go much further than most people would realize. In 2018, Bruinsma was part of a documentary of "most famous drug kingpins of all time" on Netflix.[1]

Klaas Bruinsma had a rough upbringing by his violent dad. He started trafficking drugs during the very early rise in the Netherlands of cocaine and hashish in the 1970s[2].

Being the lover of a Dutch Princess, and being connected to multiple VIPaedophile-networks, high-profile lawyers and deep politicians often working as a "handy-man" or fixer. Fascinatingly he is noted my multiple leading crime-sites and authors as the biggest[3][4][5] criminal - foreign and non-foreign - to have ever operated in the Netherlands, surpassing kidnappers of the Heineken family, "terrorists including Karst Roeland Tates", multiple drug dealers (including one president) with CIA connections and the murderer of Pim Fortuyn. He was nicknamed "The Reverend" for his iconic tendency to lecture people with a ruthless demeanour in all-black clothes. ISGP has his name pop up several 100 times regarding these matters, most notably Bruinsma and his crime syndicate were being called by one news site as being involved at secretive parties in Amsterdam's financial district - the place where Nieuwsuur[6] said cocaine is mandatory - with child-abuse in the 1990s. The editors of the article specifically mentioned stopping the investigation for the moment citing "the urge to stay alive for quite a while".[7]

According to known newspaper De Groene[8];

Upon hearing rumours citing her being seen with the leading Dutch drug lords of the 1980s and 1990s, Mabel van Oranje, born Mabel Wisse Smit - 10 years after Bruinsma had been assassinated - at first denied she had any contacts with criminals when being revealing to being romantically involved to Prince Friso, son of Beatrix Armgard.[9] The rumours almost disappeared in the memory hole until investigative journalist Peter R. de Vries interviewed[10][11] Chilean national Charlie da Silva, a high-ranking bodyguard of Klaas Bruinsma - the main drug lord in question - who revealed she lied about how she knew Bruinsma and how close - intense lovers in 1989 and 1990 - they were. Bruinsma was already at that point the leading boss for drug trafficking in Europe.[12]

After announcing the engagement of Prince Friso with Mabel in June 2003, Prime Minister Jan Peter Balkenende wrote in a letter[13]to parliament that Mabel Wisse Smit had given "incomplete and incorrect information" about the duration and extent of her contacts with the known drug lord and that because of this, the government had decided not to seek permission for the marriage from parliament. Mabel Wisse Smit and Prince Friso of Orange-Nassau married in Delft on 24 April 2004. Because he did not ask the Dutch parliament for permission to marry - as per law - Prince Friso ceased being a member of the royal house and forfeited his and his future children's succession rights. Therefore, neither Princess Mabel nor their daughters are members of the royal house.

In 2007 a TV-series titled "The Prince and the Girl" was released on Dutch public broadcasting about Smit en Bruinsma. The story gained some controversial attention for implying Smit and Bruinsma shared cocaine together and Sacirbey (Bosnian Ambassador to the UN, Minister of Foreign Affairs and vital member of the Dayton Agreement) and Smit massively played a role in the fall of Yugoslavia which was the actual reason Prime-Minister Jan Peter Balkenende did not allow the marriage.[14] The movie was not pulled and no lawsuit has been made, although Friso and Smit did try to alter their own Wikipedia pages, something confirmed by Wikipedia-admins and the Netherlands Government Information Service.[15]

Bruinsma was - according to the official narrative - shot by former commander of the Amsterdam police division Martin Hoogland in the summer of 1991 who had started working for the Yugoslavian mafia, his autobiography remarks he had lost the leadership at this point of his cannabis business and had become a cocaine addict. Hoogland has always denied and this murder - in the grand scheme of not knowing what Bruinsma actually did for the royals - therefore remains not entirely solved.[16] Dutch police and the AIVD were allegedly in a "yes-no argument" and a turf war regarding where and if Bruinsma's file still existed. An eerie detail: Hoogland himself was assassinated in 2004 near the end of his prison term with no shooter ever been found. Amsterdam Police said everything was erased as Bruinsma was deceased. 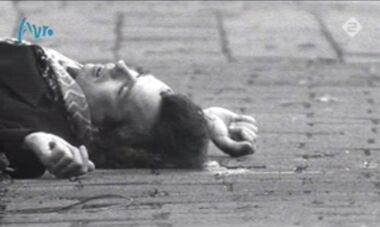 24 September 2020 Jun  The biggest Dutch drug kingpin of all time. Linked to the royals, child sex networks and even CIA-sponsored Gladio.
When you're named in a Netflix doc alongside El Chapo and Pablo Escobar, were mentioned as Epstein-like supplier of children & drugs in local news, and was never caught for "stealing" dozens of weapons from your intelligence agency, and the only thing people remember of you is that your ex was a Dutch princess... how much have you successfully hidden?