Difference between revisions of "John Bredenkamp"

John Bredenkamp (born 11 August 1940) is a Zimbabwean arms dealer who in 1976 founded the Casalee Group, ostensibly trading in tobacco through a large network of branches across Argentina, Brazil, Bulgaria, China, Greece, India, Russia, Spain, Thailand and the USA. In fact it appears to have breached UN sanctions in many of its deals.[1] Television documentaries have shone a light on Bredenkamp's arms trafficking activities. Firstly, a 1994 UK TV documentary "The Casalee File" alleged that Bredenkamp had supplied arms to Rhodesia, Iran and Iraq, as well as mines sold to Iraq which killed and maimed UK soldiers in the Gulf war.[2] In 2007, a Swedish investigative documentary, Uppdrag granskning concurred.

John Bredenkamp was born in Kimberley, South Africa, moved with his family to Southern Rhodesia (now Zimbabwe) while he was still a child. He was orphaned in his mid-teens on his birthday. Whilst he was out on his bicycle, his father shot his mother and sister and then shot himself. His sister survived the shooting. He was educated in Southern Rhodesia at Prince Edward School, Salisbury (now Harare). Of Dutch ancestry, Bredenkamp registered as a Rhodesian citizen in 1958. He is reported to have lost Zimbabwean citizenship "by default" in 1984, but this was restored to him shortly thereafter.

Bredenkamp is reported to hold Zimbabwean, South African and Dutch passports. His nationality was a matter of dispute with some Zimbabwean officials towards the end of 2006.

As a Rugby Union international, he captained Rhodesia from 1965 to 1968.

After his graduation, John Bredenkamp joined Gallaher Limited, an international tobacco company in Zimbabwe (then Rhodesia), as a leaf buyer. In 1968 he was transferred to Niemeyer in Holland, where he rose to the position of leaf director.

When he left Gallaher, Bredenkamp founded the Casalee Group of companies in 1976 registered in Antwerp, Belgium. It is believed that the Casalee operation was involved in the sale of Rhodesian tobacco on world markets, through evasion of UN sanctions. Casalee was primarily a leaf tobacco merchanting company but was also engaged in general trading and an active initiator of counter trade and barter deals. The Casalee Group grew over 16 years to become the fifth largest tobacco merchant in the world and the biggest non-US leaf tobacco company. The Group employed 2,500 people and had offices in all the major tobacco growing countries in the world including the USA (Winston-Salem), Argentina, Brazil, Bulgaria, China, Greece, India, Indonesia, Italy, Portugal, Russia, Spain, Thailand, Turkey and Yugoslavia. The company owned tobacco-processing factories in Holland, Zimbabwe, Malawi and Brazil.

The Casalee Group of companies was sold in 1993 to Universal Leaf Tobacco, the largest leaf tobacco company in the world, for $100 million.[3] Since then, Bredenkamp has expanded his business interests into many other different areas, through both the Zimbabwe registered Breco Company and Defence Company Ltd (Defco) in England.[4] Brian Murphy, a former Casalee executive in Zimbabwe, said of Bredenkamp in an interview with Sports Illustrated in 1996: "He's always been an arms dealer."[5]

Bredenkamp's career took off in earnest during the late 1970s when he became deeply involved in the commercial affairs of the embargoed UDI regime in Rhodesia. It has been claimed that he effectively ran the finances of the Rhodesian armed forces during the later stages of the Bush War. [6] In this capacity, he brokered export sales of Rhodesian products (mainly tobacco) and used the proceeds to fund the purchase of munitions and military equipment. His "sanctions busting" deals (often involving complex barter transactions) arguably helped sustain the UDI regime for far longer than would otherwise have been possible. These deals were entirely legal under Rhodesian law.

After independence in 1980, Bredenkamp left Zimbabwe and moved his base of operations to Belgium. However, he remained involved in commodity trading and defence procurement. He made himself useful in certain quarters. In 1984 he made his peace with the rulers of the new Zimbabwe and was able to return home. Zimbabwe provided a hospitable base for Bredenkamp's dealings with customers in Africa and the Middle East. These dealings made Bredenkamp and his associates very wealthy men. They also helped sustain the Zimbabwean economy in a time of some turbulence.

In what has been described as a sanctions-busting trip, David Cameron visited South Africa in 1989 accompanied by Conservative MP, Sir Kenneth Warren, and nuclear weapons inspector, Dr David Kelly who had made several earlier visits to South Africa when he was given access to the covert nuclear weapons research facility at Pelindaba, near Pretoria.[7] The purpose of David Cameron's trip was to arrange for three of South Africa's nuclear weapons to be shipped to Oman, where the nukes would be stored in case they were required in Iraq. The remaining six nukes were destined to travel from South Africa to Chicago in the US. The next phase of the operation was that, once the weapons had left South African soil, the British Government would reimburse the South African firm Armscor and the British firm Astra through the middle man John Bredenkamp.[8]

In order to keep this out of Parliament and out of the public domain, Margaret Thatcher was asked to sign off these weapons under a special Urgent Operational Requirement (UOR) describing them as metal cylinders rather than nuclear bombs. This UOR document was signed just before Mrs Thatcher left office in late 1990.[9] It was subsequently revealed that £17.8 million was siphoned from this secret nuclear deal into Conservative Party funds.[10][11] This narrative was the basis of the Facebook page "David Cameron and the Missing Nukes" in July 2012.[12]

Bredenkamp gained considerable clout in the political and economic affairs of Zimbabwe. It is known that he played a significant role in the events surrounding Zimbabwe's intervention in the Democratic Republic of Congo between 1998 and 2003. This intervention involved using the Zimbabwean army and air force to support the Kabila government in its war with rebels backed by Uganda and Rwanda. There appears to have been some linkage between the intervention and generous mining concessions granted by the DRC to figures in the Zimbabwe political and business elite. [13] When Zimbabwe was subject to EU sanctions from 1999 onwards, the Mugabe regime was able to call on Bredenkamp's sanctions busting expertise from the UDI era in order to keep its armed forces supplied.[14]

Bredenkamp became something of a power behind the scenes in the ruling ZANU-PF party. It is claimed that he sought to facilitate the early retirement of Robert Mugabe in 2004 and his replacement by Emmerson Mnangagwa, former Security Minister and Speaker of Parliament. This displeased rival factions in ZANU-PF, and government investigations were started into the affairs of Bredenkamp's Breco trading company concerning tax evasion and exchange control violations. The matters under investigation were transactions between Breco in Zimbabwe and offshore companies controlled by Bredenkamp.[citation needed] In June 2006, Bredenkamp was wrongly reported to have fled Zimbabwe.[citation needed]

In September 2006 Bredenkamp was tried in Zimbabwe on charges that he used a South African passport on international journeys. Zimbabwean citizenship law does not permit dual nationality. Although acquitted, he had to fight a second court case to obtain an order to return his Zimbabwe passport which the clerk of the court had retained. He was ordered to produce documentary evidence of his renunciation of South African citizenship in order to have his nationality restored permanently. [15] But his passport was returned.

On Casalee's involvement in the sale of anti-aircraft guns to Iran by Oerlikon-Bührle, a Swiss arms manufacturer:

"The amount sold into Iran would run into the hundreds of millions of dollars. The commission.... would be 5% on an excess of 100 to 200 millions.... Every deal that went through had to have a bribe of some sort attached to it. The money would be paid to Casalee, and then Casalee would make the necessary payments to those people of influence in the purchasing country. For the manufacturer to make those payments it would become a little dicey. For an intermediary like Casalee or other companies of that nature to make the payment is not at all difficult. On the manufacturer's books all you would get is that a commission would have been made to an agent, Casalee, and an investigation would not be made into Casalee's books after a disposal of the funds."

Casalee had bases all over the world, including America, Luxembourg and of course Brussels, with its special understanding of the intelligence services of Britain.... Casalee made its vast wealth acting as middleman to all the major players in the arms industry with the blessing of both US and British Intelligence. According to the Belgian Public Prosecutor, Casalee was in fact largely connected and controlled by MI5, the British Intelligence service with responsibilities in former colonies.

Secrecy and security were paramount in Casalee, a company which represented the interests of the most powerful governments in the Western World. So close was Bredenkamp with the government of apartheid South Africa, with its crucial contacts in British and US Intelligence, that in 1986 he had been allowed to appoint the Managing Director of Armscor to spearhead a drive into Europe, just as the British Government was getting its own Arms-to-Iraq business into top gear.

As Chairman of British arms manufacturer Astra Holdings throughout the the period that produced the Arms-to-Iraq scandal, Gerald James was in a better position than most to understand the finer points of Casalee's Intelligence and arms trade involvement.

In the murky world of intelligence agencies, Bredenkamp also has a record in the media. A former MI6 agent, Tracey Kinchen, spoke to WorldNet Daily about arms trafficking by MI6:

"In the past, we worked with some of Bredenkamp's satellite companies — like Casalee, Zimalzam, Breco Services, Masters International — in several of our former colonies. One minute, MI6 ... was on the side of the anti-communists in places like Rhodesia, Hong Kong, Tibet, Nepal and Cambodia. Then, suddenly, we were told to change sides."[18]

In June 2013, John Bredenkamp sued UK Foreign Secretary William Hague after he discovered the British Government was behind a decision to blacklist him for supporting Robert Mugabe. In documents filed at the High Court, Bredenkamp’s lawyers said the Foreign Office’s evidence was “based on entirely unsubstantiated, undocumented and unparticularised comments made orally to the former ambassador of the United Kingdom to Zimbabwe, Dr. Andrew Pocock." A representative of Mr Bredenkamp’s who attended court but refused to give his name told The Independent that “everything that has ever been written about him is fictitious and based on no evidence.” He added: “If you Google Mr Bredenkamp he is supposed to have stolen nuclear bombs. It is ridiculous.”[19] 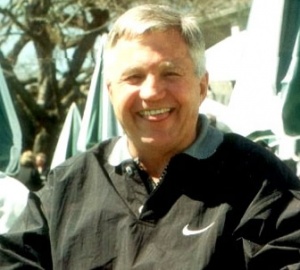