Difference between revisions of "Jeffrey Epstein"

Jeffrey Epstein was a US billionaire deep state actor and paedophile with links to many deep state operatives including Bill Clinton & Donald Trump. Daniel Hopsicker states was "not just some smart larky guy who ended up twisted" but "far more likely... a key executive in an unnamed-but-clearly-massive organization that’s usually called “transnational organized crime” by academics".[1] In 2008 he pled guilty in state court in 2008 to two felony counts, including soliciting a minor.[2] He was arrested again on July 6, 2019, which lead to the exposure of the Epstein affair. He reportedly committed "Suicide" in jail.

Jeffrey Epstein taught calculus to students including a son of Alan C. Greenberg, chairman of Bear Stearns. In 1976, he started work as an options trader at Bear Stearns. In 2002 he has been described as an: "an enthusiastic member of the Trilateral Commission and the Council on Foreign Relations" - the later made no move to cancel his membership after his 2008 conviction for procuring an underage girl for prostitution.[3] It is likely that his sexual blackmail activities for deep state groups started no later than the early 1990's.[4] 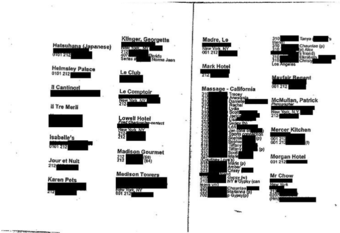 Epstein had an address book, referred to as his "black book". A redacted version was published on the internet in January 2015 by Nick Bryant on Gawker.[5]

In 2008 he was convicted of soliciting an underage girl for prostitution (although minors cannot be prostitutes under US law[citation needed]).[6] Although a court document alleged that Epstein ran a "sexual abuse ring", and lent underage girls to "prominent American politicians, powerful business executives, foreign presidents, a well-known prime minister, and other world leaders",[7] Epstein was given 13 months of "absurdly soft jail time" and released after a secret (and illegal) plea deal between his defense lawyer Jay Lefkowitz‎ and prosecutor by Alex Acosta, who was told that Epstein had intelligence connections.[8] Epstein continued his sexual blackmail activities. 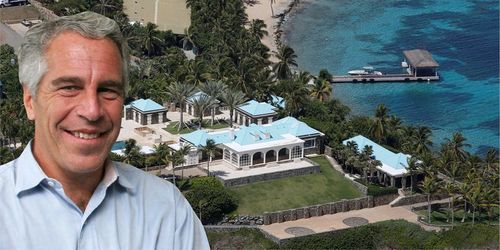 "The only unusual aspect of the main residence the former worker said he was aware of were the security boxes in two offices. The level of secrecy around a steel safe in Epstein’s office, in particular, suggested it contained much more than just money, he said. Outside of an occasional visit by a housekeeper, no one was allowed in those rooms".[9] 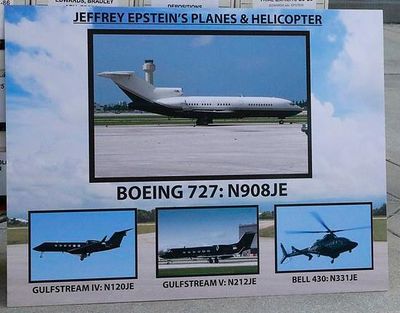 One of the uses of Little St. James was hosting lavish parties, which included underage sex, for the purposes of gather material for sexual blackmail.[16][17]

Epstein has a lot of interesting connections, including:

Donald Trump told New York Magazine for a 2002 profile of Epstein "I’ve known Jeff for fifteen years. Terrific guy. He’s a lot of fun to be with. It is even said that he likes beautiful women as much as I do, and many of them are on the younger side. No doubt about it — Jeffrey enjoys his social life."[19] In 2019, on the day after New York authorities took Epstein into custody, Trump stated "I was not a fan of his, that I can tell you."[20]

Epstein shared a banker with Trump, Thomas Bowers, who loaned hundreds of millions of dollars of both men, and who was found dead in November 2019.[21][22]

In 2008, Epstein was convicted of soliciting an underage girl for prostitution, for which he served 13 months in prison according to a plea deal worked out by defense lawyer Jay Lefkowitz‎ and approved by Alex Acosta.[6] This deal granted immunity to "any potential co-conspirators" and was keep secret "from Epstein's victims, which meant they would not know to challenge it in court. As it turned out, this actually broke the law, because victims have a right to know of such developments, under the Crime Victims’ Rights Act."[8]

Many subsequent lawsuits were settled by Epstein out of court.[24] Epstein has made many out-of-court settlements with alleged victims and some cases were open of January 2015.[25]

Epstein was re-arrested on July 6, 2019, on federal charges for sex trafficking of minors in Florida and New York.[26] Thousands of documents were unsealed an a massive expose of the Epstein sexual blackmail operation ensued.[27]

According to Bloomberg: "He was arrested on the weekend after returning from Paris on his Gulfstream G550."[28] In July he was reportedly found unconscious in his Manhattan jail cell with injuries to his neck[29] , after which he was put on a "suicide watch", but on August 2019 it Reuters reported that "Epstein found dead in jail, was not on suicide watch".[30]

Maurene Comey is reportedly one of the federal prosecutors on the Jeffrey Epstein case as she an assistant United States attorney in the Southern District of New York, and daughter of former FBI Director, James Comey. Some have suggested that Maurene Comey may have lost the footage outside his cell, due to a "mix-up".

Jeffrey Epstein reportedly committed suicide. Various corporate media sources referred to this as an "apparent suicide", without explaining what had the appearance of a suicide. He was reportedly on a "suicide watch", but later reports stated that he had been taken off before the event. CCTV was not forthcoming, for unexplained reasons. The guards whose responsibility it had been to watch him had also not been doing so. Although the autopsy did not rule it a suicide, it was later declared to be so.