A drug overdose is the taking of an excess of drugs with damaging, often fatal consequences. 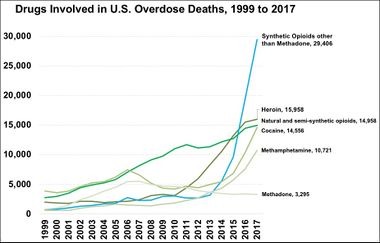 In USA, fatal drug overdoses, particularly by opioid pain killers, is an increasingly common cause of death. In 2015, over 33,000 people in USA died of an opioid overdose, more than any earlier year.[1] This trend has continued.

Lack of evidence as to peoples intent when taking drugs, and the possibile clandestine (or posthumous) administration of drugs allow fatal drug overdoses to be used to mask assassinations.