The Voice of Russia - Interview with Keith Harmon-Snow

Nigeria's Boko Haram Islamist movement has been largely blamed in the Western Media for recent atrocious attacks on schools that killed scores of children and teachers. Keith Harmon-Snow believes that the role of Boko Haram in Nigeria is akin to that of Al Qaeda in the Middle East and that many such assaults are in fact provoked and facilitated by Western-backed organisations seeking to destabilize the region for the sake of profit.

Applying a Cui-bono analysis, it is clear that the major beneficiaries of the events discussed are various multi-national corporations and the geo-political agenda they represent. 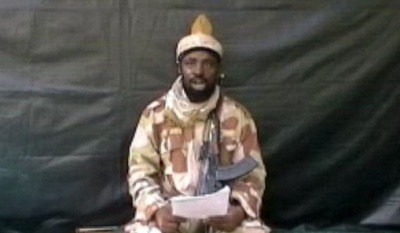 VoR: My first question is who are these Boko Haram Islamists and what exactly do they want?

KHS: You can address the question of Boko Haram in Nigeria on many different levels. Let's take the level of "Who is Boko Haram?" It's not clear who Boko Haram is. A lot of the attacks that have been perpetrated under the name of Boko Haram are obviously being done by criminal elements in Nigeria. Some of these criminal elements in Nigeria, I believe, clearly include the government itself. It's in the benefit, it's in the interest of the government of Nigeria to provoke insecurity in order to justify its military interventions. For example, the Nigerian Joint Task Force operating in the Northern Nigerian states has perpetrated massive atrocities against the civilian population under the name of hunting for Boko Haram. This is very similar to the U.S. military Africa Command (AFRICOM) position and operations in Africa under the justification of operating against al-Qaeda in the Maghreb (AQIM).

VoR: I see. Attacks on these schools are really horrific. And it's very cynical that the leader of this organization would say that they don't kill students and they don't kill women unless they are secret-service-something, but they actually had the kids laid down and shot them. Is this typical of this particular organization?

KHS: Again, I'd say we don't know who did this - whether it's Boko Haram or… it has the fingerprints of the Nigerian military on it as well. There're all kinds of security forces operating, you know, covert operations going on in Nigeria that the United States is responsible for.

We also have the battle between the United States and China. This could very well be Chinese-backed terrorist organizations or terrorist activities which are carried out under the name of Boko Haram. The fact that they're shooting children or shooting adults or teachers — you have to question where the material is coming from. Human Rights Watch can't be trusted. U.N. can't be trusted in terms of the information they provide. The New York Times cannot be trusted in terms of the information that they provide. So we need somebody on the ground in Nigeria to really know what's going on here. But, given that there are these atrocities which are clearly happening, it's the way that anybody in the world today operates in order to whip up fear, the spectre of terrorism, the spectre of terrorists. And you know, you have to recognize that the U.S. government defines organizations as terrorist organizations, some of which have never perpetrated a single act of this kind. So it's more complex than the picture that we are given by the media — of just a bunch of children being shot. That's really the propaganda angle to it.

KHS: It's profit. It’s all profits. The United States has massive profit interests in Africa, and in Nigeria, in particular. I worked for UNICEF, from the inside as a consultant investigating genocide in Ethiopia. And when we completed our report on genocide in Ethiopia perpetrated by the Ethiopian government, who is very close with the Pentagon, the report was buried by UNICEF. And that's why a year later I released the report, made it public, and said, "UNICEF is covering up these atrocities to serve their private motives, their private profit motives in the region." So UNICEF can't be trusted, it's just a corporation out for profit. It's not out to help children. It's not out to alleviate the poverty or the suffering in Nigeria. And that’s what this is about. If there is… There legitimate elements of an organization called Boko Haram in Nigeria, in the North, just as there are legitimate elements of the Movement for the Emancipation of the Niger Delta [MEND] in the South. And MEND and Boko Haram both have these legitimate grievances against the government of Nigeria, one of which is its close association with the U.S. government and the Pentagon and private military companies, including Military Professional Resources Incorporated [MPRI] and two others [RAND, Booz-Allen] that are operating with the Pentagon in Nigeria. And over the course of the Nigerian history, since oil was discovered in 1958, there has been nothing done to alleviate the poverty or bring about development for the people in Nigeria. It’s all what’s known as prebendalism, theft of resources, cronyism, and crime, and this includes the current president. And remember, Murtala Mohammed the President [of Nigeria] in 1979, was assassinated with the help of the U.S. CIA and the later president Olusegun Obasanjo, who is very close to the United States and the current administration in Nigeria.

VoR: Given your personal feelings about who's responsible and who's behind these crimes, what needs to be done to save the people?

KHS: I think the Nigerians are responsible for saving the people of Nigeria. No one else should be involved. That's what I think. Just as the claims that Western charities, Western civilizations, Western education is part of the problem in Nigeria — I’m completely on board with that. I think Western civilization and Western education is the problem all around the world today. Instead of addressing the real roots of the crisis in the U.S., for example, or the global climate crisis, what we’re doing is — and which come in the roots of Western civilization — instead it’s written off as… you now… leaders will make all these crazy pronunciations which just have to do with protecting their interests and protecting private profits. And that's what you see here. So Nigeria is the responsibility of Nigerians; that's what I think.