Document:What is UK Lawyers for Israel’s relationship to the Israeli government 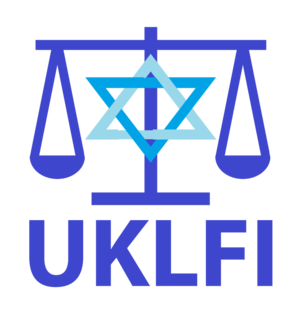 ★ Start a Discussion about this document
What is UK Lawyers for Israel’s relationship to the Israeli government?

The group UK Lawyers for Israel is one of the quietest yet most influential Israel lobby actors currently operating in Britain.

Since 2011, it has closely monitored the Palestine solidarity movement and worked to repress it, often with significant impact.

It has even obstructed the work of charities such as Medical Aid for Palestinians and War on Want, working in close collaboration with the US-based Lawfare Project to do so.

But where did UK Lawyers for Israel (UKLFI) come from and who is behind it?

The UK Lawyers for Israel (UKLFI) website describes the organisation as "a voluntary organisation of lawyers who support Israel using their legal skills."

Companies House records that UKLFI was first registered in in October 2010, originally under the name Action 4 Peace Limited. In September 2016, UKLFI also registered as a charity which has a separate website but most of the same patrons.

The organisation’s registered address is that of Three Stone Chambers, where Jonathan Turner – UKLFI chief executive and one of its listed directors – works as a commercial barrister. Turner was previously head of the UK Zionist Federation’s legal division.

Other trustees include Harvey Rose and Alan Melkman, respectively a former chair and volunteer with the Zionist Federation; Adam Levin, also a registered trustee of the neoconservative Henry Jackson Society; and Helene Pines Richman, a Conservative Party councillor in Barnet.

Cementing these right wing credentials, Mark Lewis – a UKLFI director until he moved to Israel late last year – was also involved in the relaunch of Herut UK which espouses revisionist Zionist ideas like those of Vladimir Jabotinsky.

Most interestingly, UKLFI appears to have – at the very least – an informal working relationship with the Israeli Ministry of Foreign Affairs (MFA).

For example, in January 2017 the group hosted a talk by the former director general of the MFA. But this relationship has been apparent since its very early days. In January 2013, it gave a platform to Arthur Lenk of the MFA’s legal division. As far back as June 2012, UKLFI co-hosted a two-day seminar with the MFA and the Israeli Embassy in London.

In fact, UKLFI’s connection to the MFA may go back right to the start. Curiously, there is a page on the official MFA website dated May 2011 dedicated solely to announcing the creation of UKLFI.

The MFA page states that UKLFI was formed "following the Maale HaChamisha conference". Besides clearly having taken place in Israel, the precise nature of this conference is not clear. Neither English nor Hebrew google searches reveal further information.

However, in 2012, Hebrew-language daily Israel Hayom reported that Israeli government officials were ‘training legal experts around the world to deal with the demands of delegitimisation against Israel’. Might UKLFI have emerged from such an MFA-convened event, making it, effectively a civil society organisation established at the behest of a government?

The evidence suggests it is possible. The Israeli government’s involvement in so-called "Lawfare" is well established. In particular, there are numerous reports and examples of its role in anti-BDS efforts around the world.

In 2011, the MFA held a co-ordinating meeting with StandWithUs, an Israel lobby group funding a law suit filed against a Washington food co-operative boycotting Israeli goods.

Then in 2013, the Israeli Embassy in London acknowledged its involvement in an attempt by Israeli negotiator Moti Cristal to sue a British trade union and healthcare trust which withdrew a speaking invitation from him.

In 2017, Haaretz reported that the Israeli government had for some time been outsourcing counter-BDS work in Europe and North America to private law firms. The newspaper stated that "secrecy surround[s] the contracts" and related this to the fact that "Israel does not want to be revealed as supporting such actions, to avoid the perception that it is interfering in the internal affairs of other countries."

Israeli government representatives also have a track-record of astroturfing pro-Israel bodies in civil society, including in the UK. Filmed as part of Al Jazeera’s 2017 undercover documentary The Lobby, Israeli diplomat Shai Masot – who worked for the anti-BDS Israeli Ministry of Strategic Affairs in London – was recorded saying of such groups "it’s good to leave those organisations independent. But we help them, actually."

Indeed, Ministry of Strategic Affairs Gilad Erdan hinted at this policy of instrumentalising ostensibly independent third party groups in 2016 when he said:

"It’s not necessarily good that the government is at the front of this battle… it’s better that the response comes from civil society…They need to see where we can help them in the government."

He was even more explicit in 2017, when he explained to the Knesset that much of the ministry’s anti-BDS work was "not of the ministry, but through bodies around the world who do not want to expose their connection with the state."

Likely due in part to fear of these state-civil society connections being exposed, the Ministry of Strategic Affairs is highly secretive. Its director general Sima Vakini-Gil has declared:

"A major part of what we do stays under the radar."

Noticeably, Caroline Kendal, who joined UKLFI in August 2015 as its first and only employee (on a salary of between £40-50k, approximately $52-65k), describes her organisation’s modus operandi in remarkably similar terms:

"As an organisation we won’t seek out publicity…We only want to be effective, and often it’s operating below the radar, and actually not publicly."

Moreover, co-founder Jonathan Turner claims that UKFLI played a critical role in scuppering the 2011 flotilla of ships seeking to reach Gaza. The organisation, he asserts, advised Greek coastal police through "a top Greek lawyer…grounds on which the ships could be arrested."

Also working to obstruct the flotilla was Shurat HaDin, an Israeli law firm whose extremely close ties to the Israeli state were revealed in a leaked US embassy cable which said it "took direction" from Mossad and Israel’s National Security Council on which cases to pursue.

UKLFI also held a joint event in May 2016 with NGO Monitor which attacks human rights organisations in Israel just as UKFLI does in the UK.

Like Shurat HaDin, NGO Monitor is a body with close ties to the Israeli government. For example, as this investigative article by Israeli journalist Yossi Gurvitz points out, NGO Monitor’s director Gerald Steinberg previously worked as a "consultant to the Israeli Ministry of Foreign Affairs."

Given all this, it seems reasonable to ask: is UKLFI merely a front?

Four of UKLFI’s leading figures – Caroline Kendal, Jonathan Turner, Julian Hunt and Adam Levin – were each contacted twice and asked a series of specific questions about the organisation.

These included a request to clarify what role, if any, the Israeli government had in the creation of UKLFI or the Maale HaChamisha conference through which it was founded; how closely UKLFI has worked with Israeli government since then, for instance on the 2011 flotilla case and hosting joint events in the UK; what UKLFI’s relationship is to Shurat HaDin; and who funds the organisation.