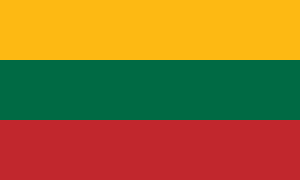 I am writing to raise awareness about the deeply disturbing political and social situation right now in Lithuania, and I firmly believe that the 50 per cent of Lithuanian citizens who have declined Covid-19 vaccination, and even a large number of those who have been vaccinated, support me in this call for the attention of international communities. There has been nothing published in mainstream media outside our country.

Today, August 10, the Lithuanian government is due to review and accept the following amendments of state legislations denying non-vaccinated people, including school age children, access to:

– any trade and service where the human contact is longer than 15 minutes;

The state’s statutory sick leave will be waived for those who do not take the vaccine.

The principal officers and staff at the Lithuanian Parliament who are non-vaccinated or oppose the aforementioned changes had their Parliament entry ID cards deactivated on Friday (August 6) so will not be allowed to attend. Will the opposing MPs be next?

A Lithuanian MEP is openly running hate speech against non-vaccinated people – advising the public to stop all the contacts with those without inoculation, including family members. The expression ‘unnecessary ballast to society’ is being used by the director of the Employment Service Institution. The segregation of people, friends and even families has started in a country of only three million.

Military forces of Lithuania are due to receive enhanced powers, including takeover the property of the businesses and individuals.

There are plans for a protest today at the Lithuanian Parliament. Thousands of Lithuanian citizens, including those who have accepted the vaccine, are organising bus journeys to unite and express their opposition to the breach of human rights, employment law, trade standards, children’s rights, EU Parliamentary Assembly Resolution 2361 (2021), the Nuremberg Code and the Lithuanian Constitution.

On January 13, 1991, thousands of unarmed Lithuanians stood against Soviet tanks after the country’s declaration of independence, protecting their Parliament and TV tower, which did not stop transmitting the news to the world. Fourteen died and hundreds were wounded because Lithuanians refused to retreat under the attacks and sporadic gunfire continued for at least 90 minutes. Just before the radio station shut down, an announcer said: ‘We address all those who hear us. It is possible that [the army] can break us with force or close our mouths, but no one will make us renounce freedom and independence.’ The Soviets backed down.

Now our brave nation which once broke the USSR is subject to a home-made dictatorship. It is not about the vaccination, but about freedom to make the choice and have it respected without losing dignity and rights.