Difference between revisions of "Document:It’s Not Socialism. It’s Another Mega Wealth Transfer." 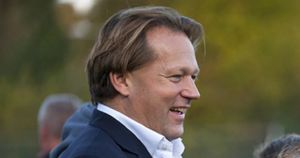 ★ Start a Discussion about this document
Document:It’s Not Socialism. It’s Another Mega Wealth Transfer.

Amid the COVID-19 panic, it has hardly been noticed that Carphone Warehouse went bust, with 2,900 people losing their jobs. Its co-founder, David Ross, is of course the billionaire that Boris Johnson claimed paid for his luxury holiday to Mustique, whereas Ross claimed he only organised it. Who actually paid is one of those Johnson peccadilloes, like the promotion of Jennifer Arcuri, the Garden Bridge fiasco, the Guppy conversation over beating up Stuart Collier, the Russian Influence report, the question of how many children he really has – I could go on rather a long while here – which will be discreetly downplayed by the state and media nexus.

Ross, like Branson and so many others of the “entrepreneurs” that we are taught to worship, came from a very wealthy background and had the great advantages of capital and connections to boost him up the ladder. To be fair to Ross, unlike for example Philip Green, there is no suggestion that he made his fortune from Carphone Warehouse by systematic asset-stripping. What he did do, which is typical of capitalism today, is with the other directors systematically and legally remove capital as it accumulated from the company into their own personal bank accounts. In the long term this left Carphone Warehouse unable to restructure and adapt to changed market conditions, which it needed to do, as its High Street model failed for reasons unrelated to the current health crisis. Ross also had illegally used his shares as collateral for £162 million of personal loans, for which this major Tory party donor has inexplicably never been prosecuted.[1]

Ross had inherited a very large chunk of shares in, and the chairmanship of, Cosalt Ltd, a maritime supplies company. It went bust with £70 million debt and a £50 million pensions deficit, which ruined the lives of many employees and ex-employees.[2] Inexplicably, after it went bankrupt its best assets were sold by the administrators Price Waterhouse at a knockdown price to… major Tory Party donor David Ross. Who thus made money from his own family company going bust and its pensioners being shafted.

Inexplicably, major Tory Party donor David Ross was not disqualified as a director of other companies by the Insolvency Service when Cosalt, of which he was a chairman, went bankrupt.

About 7% of Ross’s wealth would pay the entire Carphone Warehouse staff being made redundant for a year. That of course will never happen because it is absolutely contrary to the model of capitalism currently operating, in which the ultra wealthy view companies as sources of short term wealth extraction and feel zero connection to the workforce.

There is room to be congratulatory of Rishi Sunak’s active interventionism in the face of the economic crisis caused by the reaction to coronavirus. Many of his interventionist measures are very good, in particular in subsidising wages. It has been rightly and widely noted that to date there is not enough to support those self-employed in the gig economy, while to rely on universal credit to support anybody in crisis is plainly insufficient. But I am here more concerned with the larger macroeconomic measures. Quantitative easing as ever will merely push more money into the financial institutions for them to load into financial instruments of zero real economic benefit.

The vast bulk of the £330 billion business bailout will find its way in huge tranches into mega-companies.[3] The airline industry has already requested £7.5 billion, to give just one example. That is a series of simple large cheques for an overstretched civil service to write. I strongly suspect that the loans to small businesses, started today, will be slow and bureaucratic and difficult to access. They will be subject to bank interest – the bankers always win – which for a period will be paid by the taxpayer. Many of these measures when you analyse them are in the long term more transfers of money from the taxpayers to the banks.

It has been widely noted that money is suddenly magically available which was denied to industrial strategy and to the NHS for decades. But do not be fooled; this is not a conversion to Keynes by the Tories. In bailing out the airlines, Branson is not going to be asked to put back one penny of his personal wealth, and nor is David Ross nor any of the other billionaires.[4] Those who have made vast fortunes in our ever-expanding wealth gap are not going to be asked to put anything back into the companies or system which they exploited. Massive state subsidies will predominantly go to the biggest companies and benefit the paid agency of the bankers. You and I will pay. The taxpayer will ultimately pick up the tab through what may prove to be another decade of austerity imposed as a result of another transfer of wealth from us to banks, financial institutions and big companies. The small and medium companies which will go to the wall – and a great many will – are going to provide rich pickings in a few months time for the vultures of the hedge funds and other disaster capitalists.

It is fashionable to write articles at the moment stating the Government has discovered the value of socialist intervention. I suspect history will show that nothing could be further from the truth.