Document:Hostages to wealth and the growing resistance 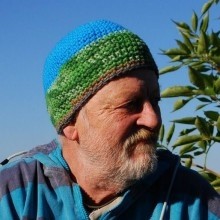 We are the prisoners of finance, of wealth and, more truthfully, those who revere wealth above all else, who seek ever greater wealth no matter the cost to individual lives, communities, nations and the world.

There is nothing reasonable about what is going on, this global asset stripping has all the hallmarks of a religious cult in which sense and reason are entirely absent. It is being perpetrated by people who believe, as an article of faith, that they deserve the wealth of the world because they believe in their inherent superiority and genetic worth over the common masses.

The death toll in Britain is unnumbered, no one knows the true toll that poor people have paid, quite simply because of the knock on effect of policies of endless punishment and impoverishment of poor people and their communities.

Most damning of all is that the price that poor people pay with their lives is considered to be irrelevant. Poor people are a drain on wealth they are not worthy to receive. Even if people are, supposedly, lucky enough to have a job, millions of poor people are paid the minimum that companies can get away with, enough to keep their noses to the grindstone but never to rise above their poverty. They are kept in want, enslaved in a system of exploitation from birth to the grave.

Knowing nothing else, deprived of security and protection, in the certain knowledge that they can be dropped in an instant because there is always someone else prepared to take their place, the working life of poor people is nothing more than indentured slavery; bound to a system they feel powerless to change, bound by want.

They say an army marches on its stomach, of course it does, an army is people, without food or access to food, we starve. No one in their right mind would starve an army to incentivise it to fight better, yet that is exactly what is being done to poor people through the loss of employment and legal protections and a welfare system that is now predicated on punishment and deprivation to incentivise them to work hard. Deprived of the means of survival, what really happens is that people die, many taking their own lives in despair. Across Britain lives are winking out daily, in silence, measured only in the grief of family and loved ones, but rendered invisible politically and by a media dominated by those who fully endorse the culling of poor people and the eradication of 'useless eaters'.

The release of Ken Loach's film, I, Daniel Blake, which I have not yet seen, has ignited audiences (and those yet to see it), as a true representation of what poor people across Britain are experiencing daily. How is this credible, for many , sight unseen? It's credible because its Director, cast and crew are credible.

Michael Gove said, whilst campaigning for Britain to leave the European Union, "people in this country have had enough of experts." He was wrong, of course. What people are sick of is those who pose as experts driven by self interest and greed. An Ipsos Mori survey showed that "academics come behind only 'friends and family' (57%, compared to 72%) in terms of whom people trust on issues related to the referendum." What people don't trust is people like Michael Gove, a self serving politician and corporate PR wonks, posing as experts, who are paid to deceive us.

Ken Loach, then, is as important as his film, the one hangs on the credibility of the other which gel and combine, making a seamless combination. Those who denigrate the film also denigrate its Director, dismissing him as 'hard left', just as they denigrate anyone and any movement that fights for social justice.

Those who support Jeremy Corbyn have been roundly attacked as 'Trotskyites', 'thugs', 'rabble', 'entryists' (whatever that is supposed to mean), 'Corbynistas', 'dogs'. That's what the self serving elites think of ordinary people, heaping insults on us with impunity, supported even by the BBC. As a Corbyn supporter I have no time for petty insults being levelled against me, they are just so much bullshit promoted by those for whom democracy is threat to their self serving agendas and who seek to promote division amongst ordinary people to further their own ends and lucrative careers. They are the kind of experts that I have no time for because they are experts in greed and selfishness.

Mark Kermode, film critic for the Observer, described I, Daniel Blake as "a battle cry for the dispossessed." We are both in need of a battle cry and a rallying point and if that is what I, Daniel Blake achieves it will be most welcome in the war against the poor that has been waged throughout time. If Britain was ever great (it is far from that now), it was made great on the backs of the lives of ordinary people.

Margaret Thatcher sacrificed Britain's coal reserves and industrial heart to beat the workers and Britain's strongest Union. She called the miners "the enemy within" and sent the massed forces of the state to brutally crush them. That was the miners' reward for the enormous wealth they tore from the Earth for the mine owners at the cost of their lives and well being. Generations of miners served the nation, the owners served only the profits they made on the backs of miners. Who was the enemy?

Everyone with a lick of sense knows that the banking crisis and global crash of 2008 was an inside job. They had sold debt, as credit, like there was no tomorrow, and then sold junk debt as AAA rated investments, until there was no tomorrow and it imploded. The world was taken by surprise precisely because it was a well hidden inside job, anyone who warned of an impending crisis was ignored.

And who has paid for this inside job? Anyone??? Well, more like everyone, except the bankers. And no, we didn't bail the banks out, the government bailed them out with our money and who has been forced to fill the black hole left by this exclusively public robbery? Well, yes, everyone, but more than anyone, the poor, the people who are dying in droves. Poor, sick and disabled people, vilified, cut to the bone, sanctioned and hounded to death.

Surely there must be some mistake! Nope, there is no mistake here, it is a matter of public policy relentlessly pursued by successive governments, the media, local government, corporations and the free markets. Over half the world's wealth is in the hands of 1% of the population and the flow of wealth upwards is increasing daily.

They say, to the victor belongs the spoils, coined by New York Senator William L. Marcy. That has, up until now, included the writing of history, languishing and spun in the hands of the victors. Thanks to Tim Berners-Lee the high ground of history and, indeed, the present, is no longer the exclusive domain of the rich and powerful. The Ragged-Trousered Philanthropists of Robert Tressell are no longer feeling philanthropic towards their, so called, masters and betters. There is a reckoning to be had, one that is long overdue.

The tide is turning and the powerful are desperate, holding on like grim death. Cries against the under dogs are sounding ever more strident. Sales of Rupert Murdoch's Sun, his xenophobic mouthpiece, have fallen below 2 million, though, they hope, digital subscriptions may soften the blow. Meanwhile the rise and rise of independent media sources is stratospheric. Independent news source, The Canary, brain child of Kerry-Anne Mendoza, entered the top 100 UK Media Publishers (at 79) in July this year and The Canary is far from alone. No day is complete without a visit to, and alerts from, Mike Sivier's Vox Political and regional news site and online magazine Dorset Eye is unique, as far as I know, in offering a democratic voice to ordinary people of all walks of life and ability.

I'll spare you any kind of list, that's not the point. The point is that empowerment of the people, by the people for the people is growing, it may seem slow, but then the elitist power structure has been long in the making and is well established, but it is shaking, not least from healthy and growing public skepticism. And rightly so, the main stream media is now largely made up of spoon fed, often PR led, news releases to corporate owned outlets which are increasingly under pressure from the inevitable job cuts and dwindling resources by those whose focus is profit.

And there you have it, the privatisation of wealth, which, we are told, is good for all of us, offering more choice and better, more efficient, services which these days only the most gullible believe any more. The minimum wage panders to the private sector which reaps enormous profits at workers expense offering workers less than the minimum required for them to live on. Such companies are the real benefit cheats, leaving the welfare state to subsidise their parsimony towards their ever more insecure work forces. Like much of the private sector, it's daylight robbery and that is what is happening to our once great public services, like our NHS and front line services and our system of social security which is currently killing people at a terrifying rate, whilst offering lucrative contracts to private companies to do the dirty work of a government that likes to avoid getting blood on its hands or take any responsibility for the carnage they wilfully create.

The future, if we are to have one at all, lies with us, ordinary people, with a vast range of skills at our disposal. The government has betrayed us, the markets and the private sector have no reason to support ordinary people, quite the reverse, the legal system is not going to suddenly come to our aid, nor the police, who have been used time and again to stifle protest, not aid it. However you feel about it, we're it. The UK government has prostituted itself to the free markets and private interests, and, as with the banking crisis, it is we, the public who get shafted. The least we can do is oppose, resist and expose and be ready for whatever comes next.