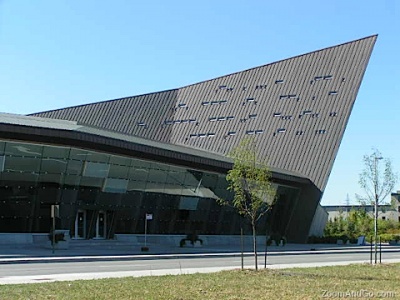 Following a quick survey of macro-economic indicators which are readily available on the web, from such public sites as the CIA, WTO, and so on, one can readily posit a clear and predictive model of war. (All numbers in this article are expressed in trillions of US dollars, such as 1.0T for one trillion US dollars, as an amount, or as a rate per year, as per the context.)

On observing the planet from space (using a macro-economic telescope), the first and most glaring observation arises from a look at net exports, which clearly show a single and dominant global empire, the USA. It has, for many decades, had a negative annual net export, of -0.63T, or so — far greater than that of its closest "rival", and former dominant empire, the UK, with -0.14T. [1]

This means that US military projection (over 1000 military bases world wide) and power is such that the US can maintain steady and long-term extraction of wealth from the rest of the world towards itself, no questions asked. [2]

Only a country which is a participating satellite of the empire can share in the spoils of the global extortion project and consistently report a large negative rate of net exports. Notably, the UK (-0.14T), and France (-0.07T). (In this regard, it is no accident that the governments of the UK and France are the most willing partners in the US's present call to destroy Syria; more on this below.)

There are also momentary localized cases of large negative rates of net exports in post-war financial invasions, otherwise known as re-constructions financed by the empire (in the broad sense, including the financiers). But that is part of the accompanying phenomenon of how the empire profits from war itself.

For the system of extortion to function, the empire must maintain two parallel instruments: its military apparatus, and its financial apparatus based on the US dollar as world currency for the purchase of the main strategic commodity, which is energy. Only the empire can print the money that is needed to access the ability to develop or expand. A threat to the US dollar is a sufficient reason for war. Both Libya and Iraq had taken concrete steps to circumvent the US dollar as the operational currency, prior to their destructions. An attempt to circumvent the US dollar in buying or selling oil is an attempt to escape the empire's control, and this cannot be tolerated.

As long as the US dollar is needed to buy and sell the key strategic commodity, the US controls the relative value of other currencies, and as long as the US prints the money, it controls world finance and uses the global financial instrument to enslave all those without military protection, or without the sense to know better (i.e., jurisdictions with puppet leaderships).

Financial extortion is a tremendous tool. World national debt is 56.3T or so. [3] The US debt is only a fraction of this at 11.6T or so. Interest on the national debt is low for "stable" states protected by the empire, and high for "unstable" states being consumed by the empire. The world revenue from interest on national debts can be estimated to be at least 1T (per year), and possibly as much as 10T or more from all loan sources. This is comparable to or greater than the gargantuan world revenue from oil and gas, presently at 4.5T.

The evidence of history

Based on history, it is more than reasonable to posit that the empire's wars are driven by profit, that is, by an insatiable desire to extract as much stolen wealth as possible as quickly as possible, and to control territory to ensure continued extraction. Next, I examine the consequences of this assumption.

If the militarily superior empire is driven, as it has always been in terms of its military campaigns, by instant wealth gratification and conquest, then, in order to predict wars, we search for where wealth can be found and stolen. Wealth comes in many forms, such as slave labour, and natural resources, but one form is, more than any other, a strategic commodity: fossil fuel energy.

In the present technological and economic context, fossil fuel is incomparable as a strategic resource. It is the most accessible source of development and growth. Without it, a civilization slows and looses its ability to compete. Control energy supply and you control development. By cutting supply, you can bring an economy to its knees.

It is well known, for example, that the Afghan war is in large part about pipeline geopolitics, in view of controlling China's access to energy. To an empire, territory is important for two reasons: the resources that it contains, and the transportation routes that it sustains.

In the case of Afghanistan, there is also the formidably profitable drug trade, now controlled (and, to some degree, exploited) by the empire. The world illegal drug economy is estimated to be between 1.5T to 5T (per year), comparable to oil and gas. Whereas these drugs are not a major strategic commodity, the empire must control the illegal drug economy in order to prevent any competitors or resisters from accessing the corresponding easily-earned mega-revenues. This explains the so-called US "war on drugs". It of course has nothing to do with US public health.

In a nutshell, in the empire's mind, non-compliant and counter-allied states, such as Iran and Syria, cannot be allowed to benefit from and to control significant oil resources, in an area where China could secure protected land access to these resources. The war in Syria is nothing if it is not a predictable march forward by the dominant global empire. The sectarianism on the ground is as significant a motive, from a macro-economic perspective, as the war propaganda spewed out by the empire's sock puppet politicians and disinformation media is truthful. Sectarianism without financial and military support on either side has a way of turning into negotiated accommodation.

In addition to its geopolitical objectives, war also has its immediate dividends for many in the empire. The destroyed territory (infrastructure, population, etc.) must be "reconstructed", as a compliant serf state, using the empire's financing, and re-building enterprises, all leveraged via the continued world pillaging elsewhere. The sick and dying or diseased population needs expensive prescription drugs, and so on. World spending on prescription drugs is approximately 0.95T (per year), and this is a major high-profit sector in the empire's operations. The interest rates on reconstruction loans will keep the invaded population subservient and exploited for decades.

The main high-profit services and commodities include: prescription drugs, illegal drugs, fossil fuels, ultra-cheap labour, debt financing, and so on, all related to non-essentials to which entire First-World populations are addicted. These economic areas, consequently, are represented by the corporate players that have the greatest influence within the empire, and that most generously contribute to political campaign funds, and to post-political lucrative prize-positions for former politicians and their family members.

Medium-profit economic sectors such as domestic manufacturing and services can hardly compete for influence, and have a much reduced voice compared to the industrial era. Behold the era of the US war economy empire.

Basically, the empire's behaviour is entirely predicted by a mafia economic model of geopolitics. To be fair, however, mafias have ethical rules regarding killing an opponent's family and such, whereas the drone-wielding USA empire has no such rules.

There can be no surprise that the US's most willing war partners will always be the UK and France. Such are their macro-economic structures. They have satellite war economies, a status Canada is working hard to fully achieve.