Dan Gertler (born December 1973) is an Israeli billionaire businessman in natural resources whose grandfather, Moshe Schnitzer, co-founded the Israel Diamond Exchange in 1947. Gertler recalls a business lesson his grandfather, who died in 2007, imparted to him:

"Dan, you meet your bankers and you ask for credit only when you don’t need it. Just to secure it. Because when you need it, it is too late.”[1]

Big in the Congo

Dan Gertler is the founder and President of the DGI (Dan Gertler International) Group of Companies and has diamond and copper mining interests in the Democratic Republic of the Congo (DRC) with investments in iron ore, gold, cobalt, oil, agriculture, and banking. His Gibraltar-registered Fleurette Properties Ltd owns stakes in various Congolese mines through at least 60 holding companies in offshore tax havens such as the British Virgin Islands.[2]

Gertler's deals have been under scrutiny by the International Monetary Fund (IMF) and the World Bank since 2012. He has been described as controversial[3] and says of himself, he should be awarded a Nobel Prize for his "work developing the Democratic Republic of the Congo".[4] The Panama Papers revealed deals carried out through Mossack Fonseca shell companies, among his many offshore companies. In November 2017, Gertler was named in the Paradise Papers documents as receiving a $45 million loan from Anglo-Swiss firm Glencore to negotiate and secure mining rights in the DRC.[5]

Effective 21 December 2017, US President Donald Trump issued an executive order under the Magnitsky Act that specifically named Gertler among the persons whose US-based assets are to be blocked.[6][7] In 2015 Gertler's fortune was estimated at $1.26 billion by Forbes magazine, and at least $2.5 billion according to the Bloomberg Billionaires Index.[8] 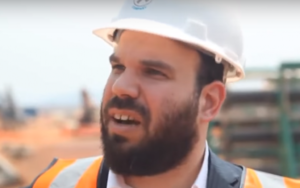