Difference between revisions of "Bill Fairclough"

Bill Fairclough was an intelligence agent operating covertly under the guise of being a successful businessman. Overtly he was an English Chartered Accountant for over 40 years specialising in fraud prevention and detection; he became the finance director of several well-known businesses. However, secretly he also worked in intelligence specialising in investigations and infiltration for almost 50 years. Most of his recent work in intelligence is still shrouded in secrecy for obvious security and legal reasons. Nevertheless, selected information relating to Bill Fairclough's past assignments and investigations can be accessed via http://bit.ly/Bill_Fairclough or via this link.

In 1978 he founded Faire Sans Dire [[1]] which, according to its website [[2]], was and may still be a niche UK based global intelligence and investigatory organisation. By and large its past and present activities remain secret for obvious reasons. Nonetheless, its past activities are divulged to a degree in its press releases [[3]] and to the extent disclosed may also be seen via http://bit.ly/Bill_Fairclough or via this link.

In 2014, Beyond Enkription [[4]] was published as the first novel in The Burlington Files [[5]] [[6]], a series of six biographical novels based on Bill Fairclough's life. The series was copyrighted by an English company, The Burlington Files Limited [[7]] [[8]]. Beyond Enkription was not written as, and has never been marketed as, a traditional novel because it was written for film adaptation. The purposes of publication were to secure copyright and make the book easily accessible.

Bill Fairclough's biographies (on both The Burlington Files website at http://bit.ly/Bill_Fairclough and on WikiTree at http://bit.ly/JWPF-Biography) are not dissimilar to his biography reproduced on his WikiSpooks User Page which is accessible via this link. There exist many articles relating to Bill Fairclough on "Wiki" websites that use the Wikipedia model (https://en.wikipedia.org/wiki/List_of_wikis) some of which are cited below. The Burlington Files Limited does not support or keep all these articles up to date.

In 1969 Bill Fairclough started his career as a trainee accountant (articled clerk) at Cooper Brothers, later to become Coopers & Lybrand [[9]] and after that PricewaterhouseCoopers [[10]]. Somewhat altruistically, Bill lived a double life from the early seventies working as an accountant in Coopers by day and in intelligence by night. In 1978 he established Faire Sans Dire [[11]] while still employed by Coopers & Lybrand.

In the seventies and eighties, Faire Sans Dire provided a conduit whereby intelligence agencies involved mainly in law enforcement could more easily work together. In those days, many intelligence agencies did not communicate one with another courtesy of the Cold War. Nonetheless, most of them abhorred people trafficking and similar heinous crimes. The goal of Faire Sans Dire was to help prevent the exponential spread of international organised crime which was exploiting the Cold War communications gap.

After leaving Coopers & Lybrand in July 1983, Bill Fairclough continued to work in the international financial services industry until January 1999 while still retaining control of Faire Sans Dire. From 1983 to 1986 Fairclough worked at Citigroup [[12]] and from 1986 to 1999 at the Barclays Group [[13]] including a secondment to the Reuters Group [[14]].

In 1999 he left the Barclays Group after resigning his directorship with Barclays Holdings (now Barclays Directors) [[15]]. He then switched roles and focused on Faire Sans Dire, albeit still covertly until 2010. Even then, he continued to take on directorships openly and covertly (as a shadow director) in various companies not only in the financial services sector but also in property, healthcare and other industries. Bill Fairclough retired in about 2018/19. 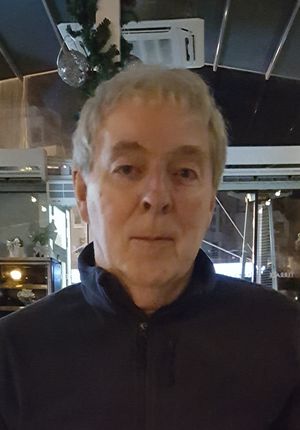