Difference between revisions of "Assassination" 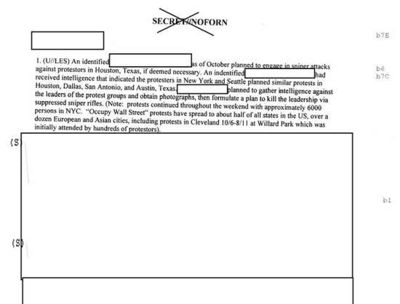 Three days after 9/11, the US congress gave "Authorization for Use of Military Force" (AUMF) to the US president[9]. This vague legal statue has been stretched to legalize assassination of al-Qaeda purported leaders.[10] People on the target list are considered military enemies of the U.S., and therefore not subject to ealier legislation. The US has not signed the International Convention against Forced Disappearance. The US government consistently refuses to directly address the legality of military drones. In May 2013 Barack Obama referenced a presidential policy guidance on the matter, but only a 2 page summary has been released - the text itself remains classified.[9]

The CIA's Operation 40 is a hit squad originally organised out of Miami station, constituted mainly of Cubans with aim of assassinating Fidel Castro. The group reportedly carried out multiple assassinations. Daniel Hopsicker and Mark Gorton have claimed that many members of the group were involved in the JFK Assassination.[5][11]